The heart pumps blood, all around but you can really subdivide the whole heart into two halves and think of it as a double pump. One part pumps oxygen-poor blood to the lungs to deposit carbon dioxide, pick up oxygen and go to the other side where it’s going to pump the freshly oxygenated blood to the rest of the body until it arrives back to the first part to deposit the carbon dioxide.  This double-circuit circulation is the way the heart works in all mammals and prevents deoxygenated and oxygenated blood from mixing. 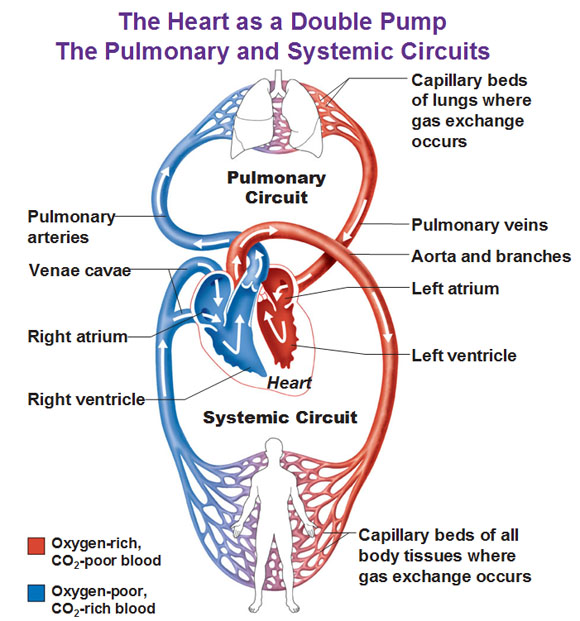 For the picture above: The left blue side is the right side, the left is the right.  These blue vessels go to the lungs, and go to enter the left side heart, where the oxygen rich blood (the standard is to display that in red) is going to go to the rest of the body.  Gases are exchanged and then the oxygen-poor-blood comes back to the right side.  So that’s your overall plan. 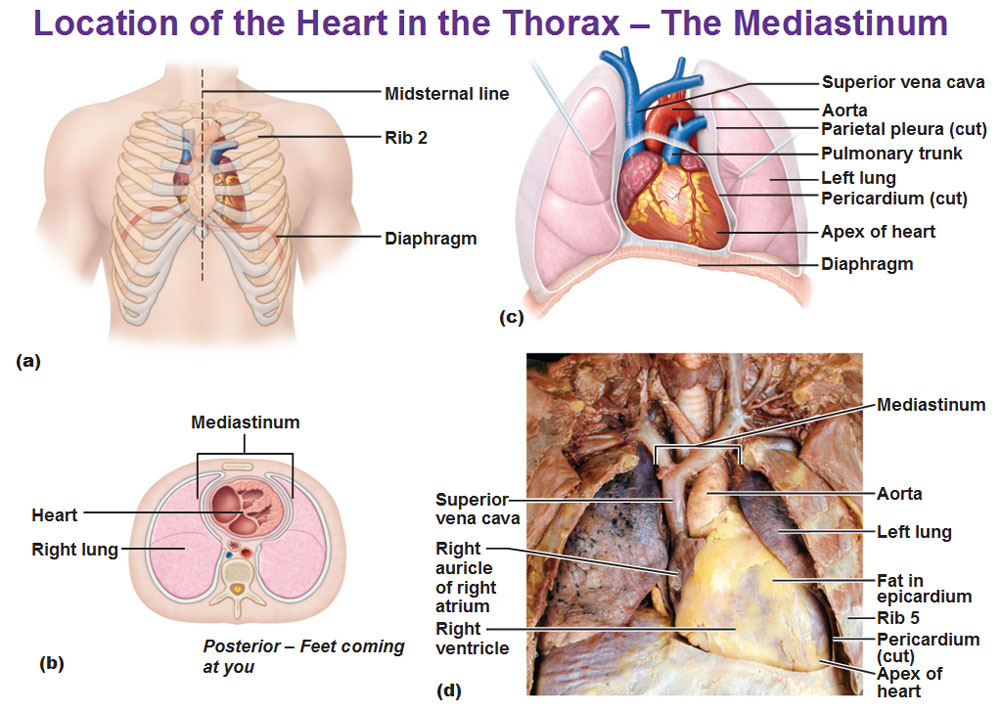 For the picture above, starting with the top left view, we could see the heart is located inside the chest.  You see the ribs surround it and the heart is behind the sternum there.  There’s more of it located on the left side than right side.  The heart is contained in the portion of the chest known as the mediastinum.  The mediastinum is the “middle” section of the chest cavity.   The picture on the top right shows it in place with the lungs that lie on either side of the heart.  You could see there’s a cut out in the lungs to allow the heart to fit.  The bottom left picture is the location of the heart if the thorax were sliced so you could get a better idea of its location.  It is here that you could see mediastinum does not include the lungs.  The bottom right is a view from a cadaver.

Representative colors of Arteries and Veins

However, there is an exception here.  Note the color of the pulmonary trunk, which is an artery carrying oxygen-poor blood, and of the pulmonary veins, which are veins carrying oxygen-rich blood.  So in other words, just because a blood vessel is going away from the heart because it’s an artery, doesn’t mean it’s full of oxygen.  The pulmonary trunk carries oxygen poor blood away from the heart and straight into the lungs to be replenished with oxygen, that’s why it’s blue.  The pulmonary vein carrying blood toward the heart is red because it is coming immediately after being filled with oxygen from the lungs. 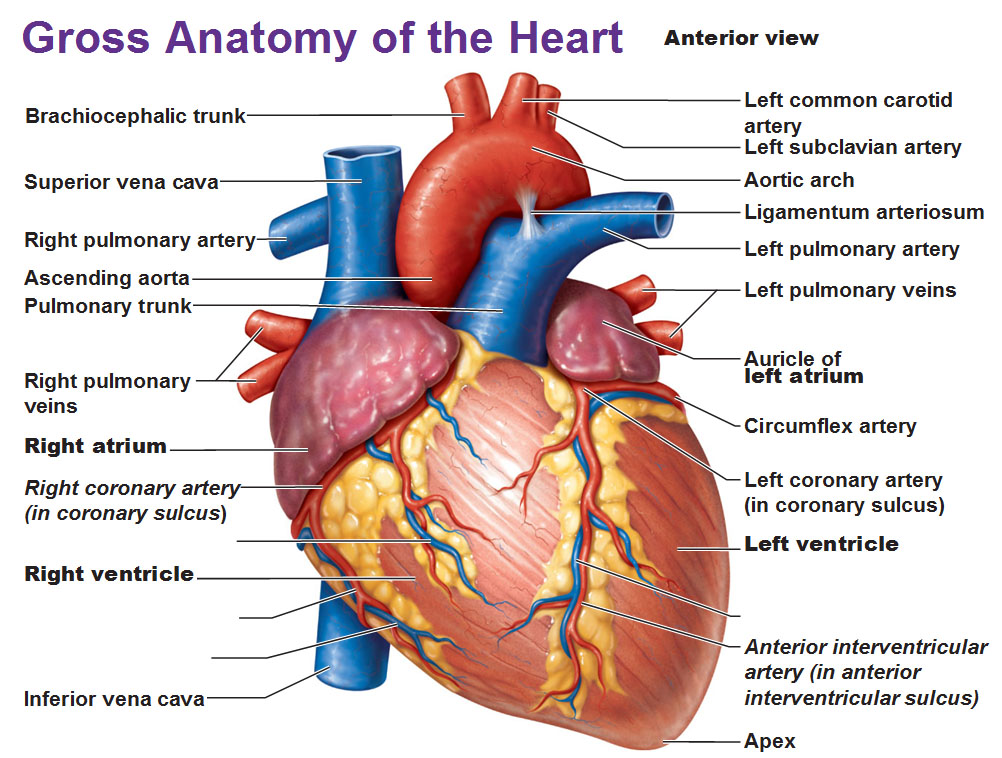 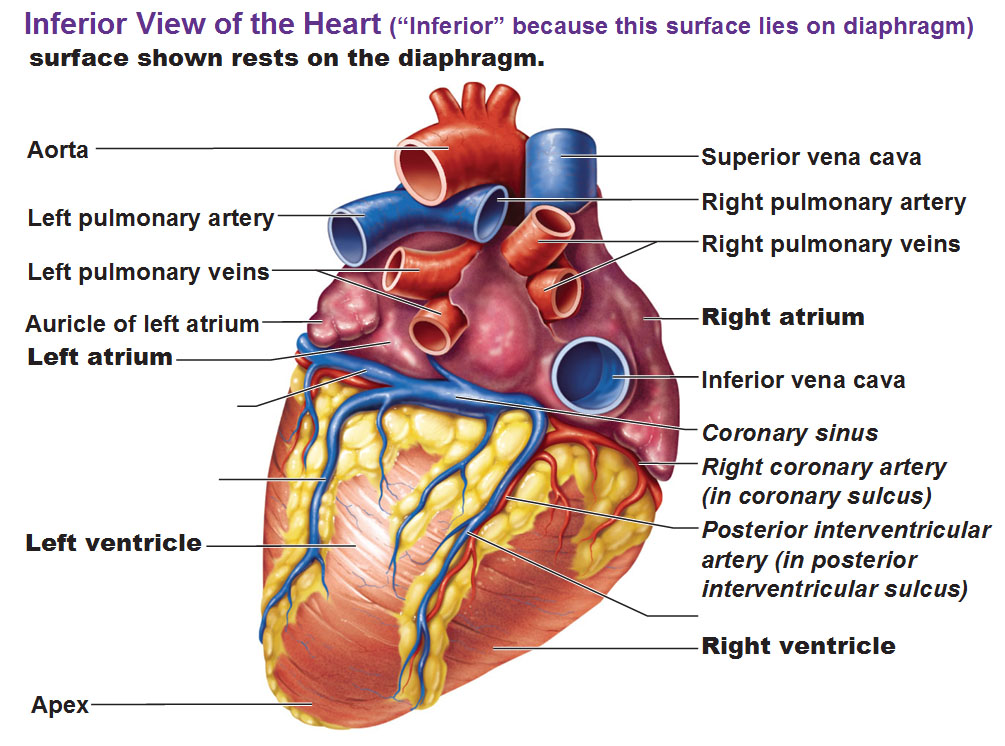 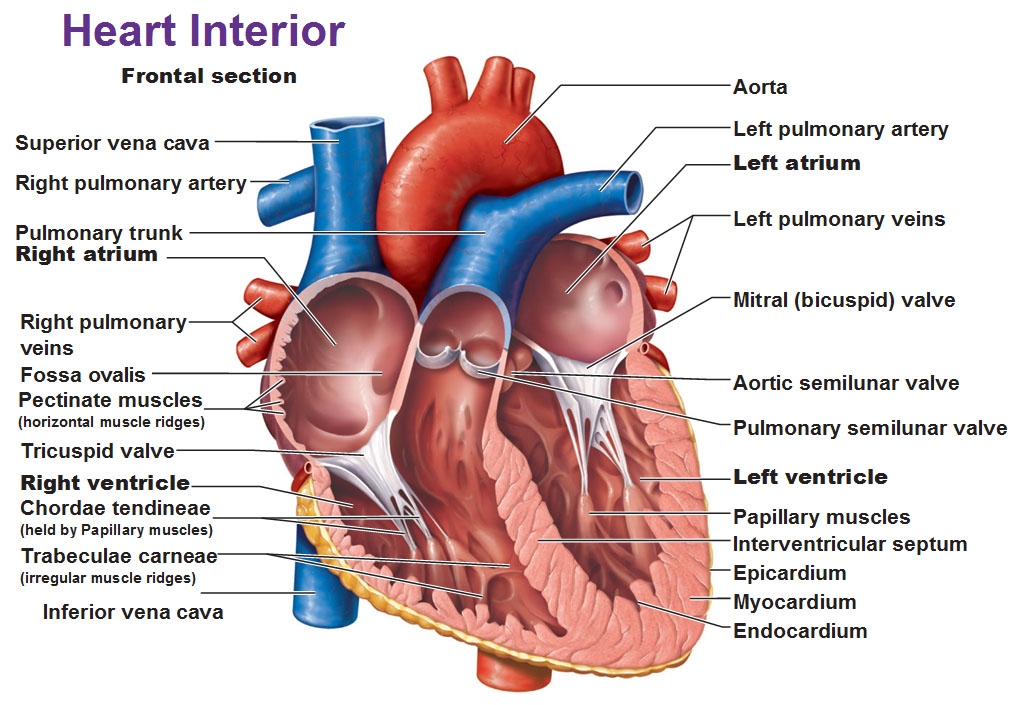 Cool mnemonic to not confuse the bicuspid/tricuspid valves. Just relate them to the lobes of the lungs.

The left atrioventricular valve is the BIcuspid valve (aka mitral valve).  Just like how the left lung has TWO lobes (bi).

The right atrioventricular valve is the TRIcuspid valve.  Just like how the right lung has THREE lobes (tri).

This is for anybody who wants to get strong and have fun with a gymnastics-inspired routine. It is highly bodyweight-exercise oriented (no external weights) and … END_OF_DOCUMENT_TOKEN_TO_BE_REPLACED

I've created this hip flexibility program for those that would like to improve their flexibility in an efficient manner, with a follow along video that only … END_OF_DOCUMENT_TOKEN_TO_BE_REPLACED

For anyone who wants better shoulder health, shoulder flexibility, a looser upper back and improved posture, this program takes all the guess work out of it to … END_OF_DOCUMENT_TOKEN_TO_BE_REPLACED

Looking for a simple and straightforward bodyweight-oriented strength training routine that doesn't take too much time? You're not the only one! A survey I … END_OF_DOCUMENT_TOKEN_TO_BE_REPLACED

For those who have poor flexibility, tight hamstrings and want a simple program that will help them to get looser in a gentle, non-painful manner. In this … END_OF_DOCUMENT_TOKEN_TO_BE_REPLACED

In this day and age most people are working from home and struggling to find the balance between stagnation and moving to stay fit. This program was developed … END_OF_DOCUMENT_TOKEN_TO_BE_REPLACED

I have three premium flexibility programs that I offer and many of you have been clamoring for a bundle-package, so here it is! You could now buy the … END_OF_DOCUMENT_TOKEN_TO_BE_REPLACED

I don't know about you but nothing gets me fired up more than working on my abs. It's a unique muscle group that is utilized in every exercise and making it … END_OF_DOCUMENT_TOKEN_TO_BE_REPLACED