The thoracic cage, commonly called the rib cage, provides protection for the 2 lungs, heart, esophagus, diaphragm and liver.  It also supports the shoulders and upper limbs. 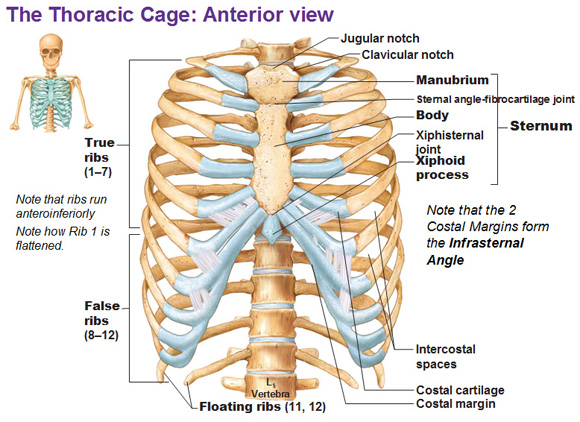 The word costal pertains to the ribs. The top 7 ribs are called true ribs because a separate piece of cartilage attaches the ribs to the sternum as opposed to the false ribs whose costal cartilage joins together to create what is called the costal margin which connects to the bottom of the sternum all together.  You could feel this on your body.  The bottom 2 ribs are called floating ribs because they are not attached by cartilage.  The space between the ribs is called the intercostal space.  The place where the two costal-margins meet is called the infrasternal angle.  Pregnancy causes this angle to increase from 68° to 103°.

The part where the bones come together are called fontanelles.  The soft parts of a baby’s head are these fontanelle spaces.  The anterior fontanelle takes two years to close because the brain is growing and the posterior fontanelle closes in 2 months. 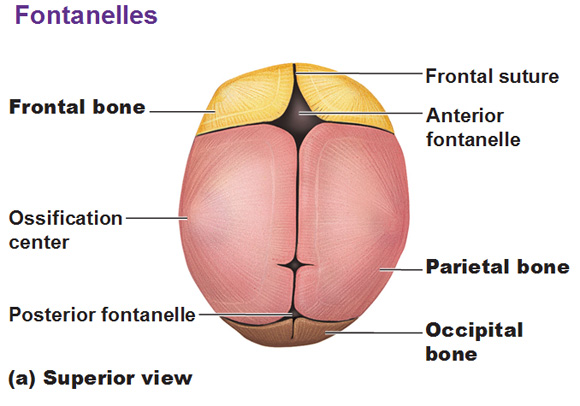 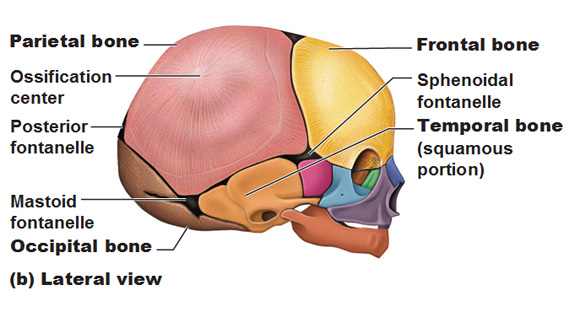 And finally, we have 2 sets of teeth because chewing is important.

Sacrum: Forms the back wall of pelvis.  The foramina are what the nerves run through the sacral canal.  The apex is the tip of the sacrum.  The sacral hiatus is the hole on very bottom.  The auricular surface articulates with the hip bones and is shaped like an ear.  The median sacral crest is where the spinous processes would be.  The ridges sticking out on the anterior side of the sacrum are a result of fusion.

The coccyx is the tail bone.

YOU ARE HERE AT THE SKELETAL SYSTEM

Do you have questions in regards to your training, diet or habits in general? I bet you do because I get messages every single day from people looking for … END_OF_DOCUMENT_TOKEN_TO_BE_REPLACED

Looking for a simple and straightforward bodyweight-oriented strength training routine that doesn't take too much time? You're not the only one! A survey I … END_OF_DOCUMENT_TOKEN_TO_BE_REPLACED

In this day and age most people are working from home and struggling to find the balance between stagnation and moving to stay fit. This program was developed … END_OF_DOCUMENT_TOKEN_TO_BE_REPLACED

I have three premium flexibility programs that I offer and many of you have been clamoring for a bundle-package, so here it is! You could now buy the … END_OF_DOCUMENT_TOKEN_TO_BE_REPLACED

For anyone who wants better shoulder health, shoulder flexibility, a looser upper back and improved posture, this program takes all the guess work out of it to … END_OF_DOCUMENT_TOKEN_TO_BE_REPLACED

I don't know about you but nothing gets me fired up more than working on my abs. It's a unique muscle group that is utilized in every exercise and making it … END_OF_DOCUMENT_TOKEN_TO_BE_REPLACED

I've created this hip flexibility program for those that would like to improve their flexibility in an efficient manner, with a follow along video that only … END_OF_DOCUMENT_TOKEN_TO_BE_REPLACED

For those who have poor flexibility, tight hamstrings and want a simple program that will help them to get looser in a gentle, non-painful manner. In this … END_OF_DOCUMENT_TOKEN_TO_BE_REPLACED