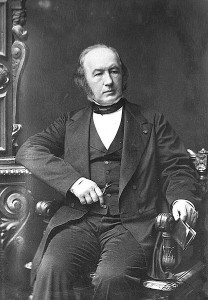 First here’s an introduction to our hero’s.  To your right you will see Claude Bernard (1813 – 1878).  Happy, smiling, jovial, buoyant, raconteur Claude Bernard.  He is regarded as the father of modern physiology.  He reformed the entire study of physiology at the University of Paris.  In fact there’s a boulevard named after him.  One of the most famous individuals in microbiology is Louis Pastor, also a Frenchman, with boulevards named after him too.  Claude Bernard said the body seems to stay constant with its body temp, pH, sugar levels and called it the “constancy of the internal milieu.” 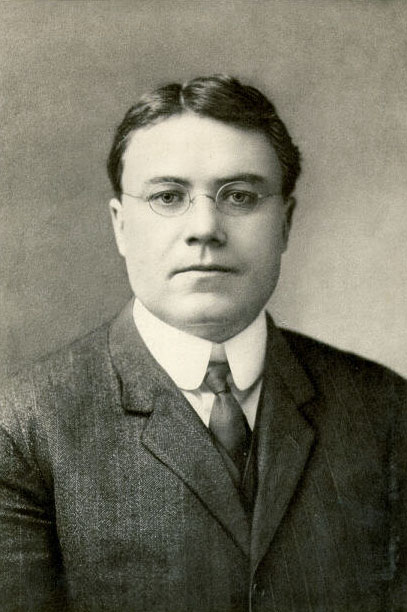 On the left here is Walter B. Cannon (1871 – 1945) who was an American who traveled to study next to the great Claude Bernard and really developed modern physiology.   Water B. cannon wrote the classic book on physiology called “The wisdom of the body” and introduced the word homeostasis which means constant state.

Example of learned homeostatic reflex:  Bladder control.  None of us are using diapers anymore, but it was a learned reflex.

Anytime there’s a stress (“stimulus”) that changes any of the controlled conditions (mentioned above) will “trigger” (cause) a “control center” in your body to activate a homeostatic reflex to compensate for the stress and return the condition back to the “normal” level.

Two quick examples.  If you become too hot, the homeostatic reflex is to sweat to cool down.  If your blood sugar level drops, glucagon is released to bring it back up.  When you go in a dark movie theater, your pupils dilate to be able to see in the dark.  Now, because the reflex response is in the opposite direction of the problem, it’s called a “negative feedback” response.  It’s called negative because it’s causing something to go in the opposite direction.

Components of a homeostatic reflex

This is our model and there is always a control center or reflex center and it is usually in the nervous system and sometimes in the endocrine system.  There is a concept of a set point, just like the thermostat in your home that regulates everything.  There’s sensor receptors called sensory neurons that are monitoring everything in your body.  It’s like the idea of a modern car with all these sensors that are feeding the info into the “brain.”  The temperature info goes to a temperature center or pH info to a pH center.  The information that is being sent is called the INPUT signal and it goes through the sensory (afferent) pathway.  All the control center does is it COMPARES the actual temperature of your body with the desired temperature of your body.  If they match, it’s a beautiful thing.  If it doesn’t match, this control center sends an OUTPUT signal through the motor (efferent) pathway to provide a response through effectors.

Mnemonic to remember afferent vs efferent?  A comes before E, you have the input first before you have the output.  The efferent pathway goes to any of the organs that could correct the problem.  Whatever the effectors (the organs such as your muscles and glands) do, is the reflex.  Whatever the sensors pick up initially is the stimulus or stress.

What’s the control center?  It’s job is to maintain a condition, called a parameter, constant at the set point.

All the organs in our body contract or secrete or the combination of the two.  All muscles (contract), gall bladder (squirts bile), stomach (contracts and secretes), kidneys (secrete waste product).  The brain, though, is not considered an effector, because it doesn’t do anything that doesn’t manifest itself physically.  Your brain activates the effectors.  You express your thoughts through your physical actions.  If you cut the nerves between your brain and different parts of your body you will stop being able to respond.   When Stephen Hawking stops being able to convey his thoughts through the twitching of his one eye, we will lose all contact with him. Relevant: The Diving Bell and the Butterfly

Next up… learn about the regulation of body temperature, a homeostatic reflex!

For those who have poor flexibility, tight hamstrings and want a simple program that will help them to get looser in a gentle, non-painful manner. In this … END_OF_DOCUMENT_TOKEN_TO_BE_REPLACED

I don't know about you but nothing gets me fired up more than working on my abs. It's a unique muscle group that is utilized in every exercise and making it … END_OF_DOCUMENT_TOKEN_TO_BE_REPLACED

In this day and age most people are working from home and struggling to find the balance between stagnation and moving to stay fit. This program was developed … END_OF_DOCUMENT_TOKEN_TO_BE_REPLACED

This training routine is focused largely on increasing strength and muscle mass (aka muscular hypertrophy). If I had to sum up the routine in one fell swoop I … END_OF_DOCUMENT_TOKEN_TO_BE_REPLACED

This is for anybody who wants to get strong and have fun with a gymnastics-inspired routine. It is highly bodyweight-exercise oriented (no external weights) and … END_OF_DOCUMENT_TOKEN_TO_BE_REPLACED

I've created this hip flexibility program for those that would like to improve their flexibility in an efficient manner, with a follow along video that only … END_OF_DOCUMENT_TOKEN_TO_BE_REPLACED

I have three premium flexibility programs that I offer and many of you have been clamoring for a bundle-package, so here it is! You could now buy the … END_OF_DOCUMENT_TOKEN_TO_BE_REPLACED

For anyone who wants better shoulder health, shoulder flexibility, a looser upper back and improved posture, this program takes all the guess work out of it to … END_OF_DOCUMENT_TOKEN_TO_BE_REPLACED