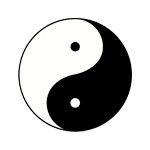 Insulin and glucagon are like our yin and yang in regards to blood sugar levels.  Both are produced by the pancreatic islets, the endocrine portion of the pancreas.

Insulin and glucagon are both protein hormones which means if you had to give either one to a patient it would have to be done through an injection, as opposed to steroid hormones which are lipids and can be taken orally.

Insulin causes sugars in the blood stream to be transported into the cells, decreasing the blood sugar level.  This sugar is usually used for creating ATP.  In the liver, however, the glucose molecules join together to form a polysaccharide called glycogen.  This process is called glycogenesis which literally means “to produce glycogen.”

Glucagon causes the breakdown of glycogen from the liver to release glucose into the blood stream, thus raising blood sugar levels.  Interestingly enough, muscle glycogen can only be used by the muscle while liver glycogen can be re-released into the blood stream to be used by the muscles as well.  This process is called glycogenolysis which literally means the breakdown (-lysis) of glycogen.

Fundamentally, insulin and glucagon are very important for keeping this balance.  If you eat a bunch of sugar, insulin is going to be released to get rid of all the sugar in the blood stream.  If you haven’t eaten anything for several hours, your body prevents your blood sugar from getting too low by releasing glucagon to help release glucose back into the blood stream.  This process is known as homeostasis. This is what our body normally does to keep the blood sugar level constant, the same way your temperature stays the same no matter what the temperature is outside.

Now that we have learned about this, let’s go back to understanding cell respiration.

In this day and age most people are working from home and struggling to find the balance between stagnation and moving to stay fit. This program was developed … END_OF_DOCUMENT_TOKEN_TO_BE_REPLACED

I have three premium flexibility programs that I offer and many of you have been clamoring for a bundle-package, so here it is! You could now buy the … END_OF_DOCUMENT_TOKEN_TO_BE_REPLACED

For anyone who wants better shoulder health, shoulder flexibility, a looser upper back and improved posture, this program takes all the guess work out of it to … END_OF_DOCUMENT_TOKEN_TO_BE_REPLACED

I don't know about you but nothing gets me fired up more than working on my abs. It's a unique muscle group that is utilized in every exercise and making it … END_OF_DOCUMENT_TOKEN_TO_BE_REPLACED

I've created this hip flexibility program for those that would like to improve their flexibility in an efficient manner, with a follow along video that only … END_OF_DOCUMENT_TOKEN_TO_BE_REPLACED

For those who have poor flexibility, tight hamstrings and want a simple program that will help them to get looser in a gentle, non-painful manner. In this … END_OF_DOCUMENT_TOKEN_TO_BE_REPLACED