Taken from the Custom Anto Forecast for September 23, 2011:

We have a muddled hodge-podge of weather going on right now.

An upper low about 200 miles west of LAX is getting all this cloud-formation happening through convection (heat+water from the ocean rising and becoming clouds) and this is interacting with the DENSE but shallow marine layer that formed overnight. This convective-band has disrupted the marine layer and lifted it up to the point where there are no more low-clouds, as can be seen from the video, but it has become mid-level moisture in the form of alternating thick bands coming onshore from the southwest.

Today will be alternating between partly cloudy and mostly cloudy as these atmosphere alternates from thick bands of moisture to none. These *may* create thunderstorms as the low gets closer to us (it’s moving north and east, toward LA then Santa Barbara).  Since there’s no moisture in the low-altitude-atmosphere, we may see “dry” lightning form and “downbursts” (downward drafts of gusty winds) as those thick bands move overhead. So this is interesting cause there is an off-shore flow but there are also clouds coming onshore despite the flow… plus, it makes the sky look awesome. 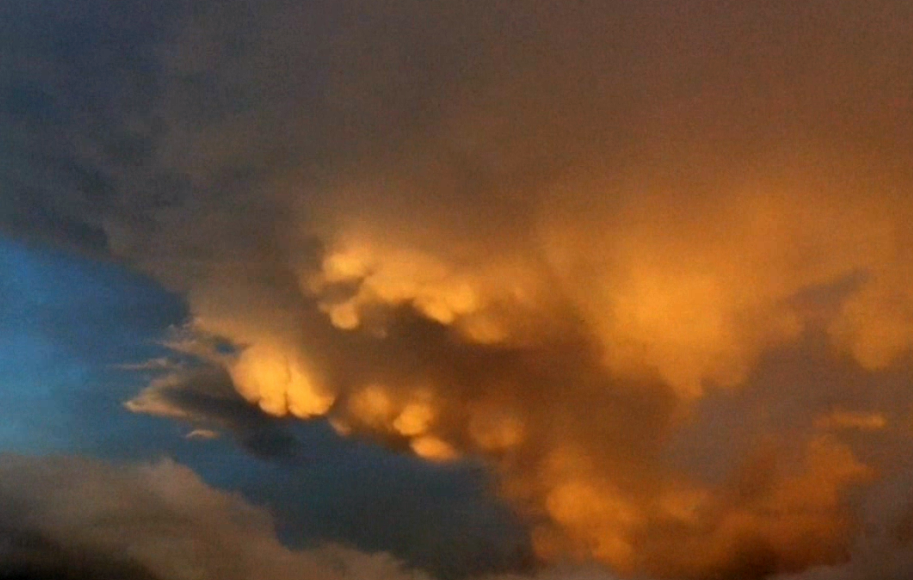 In this day and age most people are working from home and struggling to find the balance between stagnation and moving to stay fit. This program was developed … END_OF_DOCUMENT_TOKEN_TO_BE_REPLACED

I have three premium flexibility programs that I offer and many of you have been clamoring for a bundle-package, so here it is! You could now buy the … END_OF_DOCUMENT_TOKEN_TO_BE_REPLACED

For anyone who wants better shoulder health, shoulder flexibility, a looser upper back and improved posture, this program takes all the guess work out of it to … END_OF_DOCUMENT_TOKEN_TO_BE_REPLACED

I don't know about you but nothing gets me fired up more than working on my abs. It's a unique muscle group that is utilized in every exercise and making it … END_OF_DOCUMENT_TOKEN_TO_BE_REPLACED

I've created this hip flexibility program for those that would like to improve their flexibility in an efficient manner, with a follow along video that only … END_OF_DOCUMENT_TOKEN_TO_BE_REPLACED

For those who have poor flexibility, tight hamstrings and want a simple program that will help them to get looser in a gentle, non-painful manner. In this … END_OF_DOCUMENT_TOKEN_TO_BE_REPLACED