We know our consoles can play games and stream Netflix, but did you know they could just as easily stream the video or audio that’s on your computer?  That’s right!  There’s no need to burn cd’s/dvd’s or transfer files to a USB stick.  Your Playstation 3 or Xbox 360 can access media on your computer through the shared Internet connection and double as a media server.

All you need to do is install a program and you’ll instantly be able to play the movies or music from your computer straight onto the TV your console is connected to. The software is free, open-source software that transcodes (converts on-the-fly) videos into a compatible format and streams it to play on your TV.

So you know what this means?  This means that the yoga video that I have uploaded for all of you to enjoy, can easily be watched on that TV in your living room without being confined to your computer monitor or laptop.  You could get your family to get in on the yoga too!  But of course you are not limited to just movies… you could entertain your guests by playing music or even showing them photo albums.  Some other notable features are that you could even browse through zip/rar files, view photos in RAW format and you don’t need any codecs as it will transcode any video file no matter how obscure the format (including MKV, FLV, OGM, etc).

The following instructions are specifically for the PS3.  It’s pretty much the same thing for an Xbox.

Note: Even though it’s called PS3 Media Server, it works for the Xbox 360 as well because they expanded its capabilities overtime thanks to the magic of open source collaboration.

Step 2: Turn on your PS3/Xbox and log in.  Now when you run the program, on the status tab, you should see this picture (or a similar image) indicating you are connected! 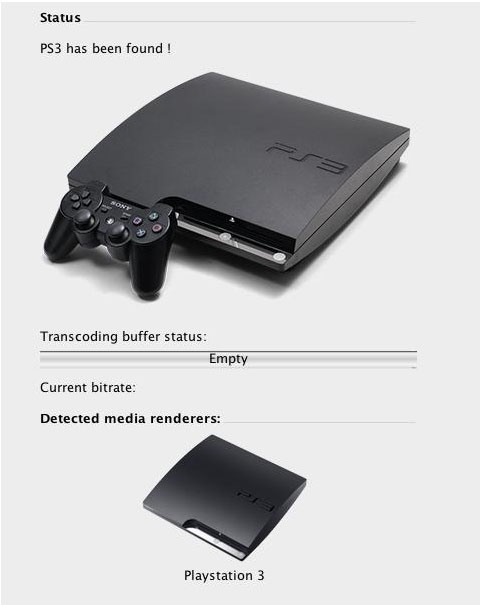 Step 3: Since the program has successfully detected your PS3, the “PS3 Media Server” should now appear on the cross media bar.  Go to Video (not Video Services) and then choose PS3 Media Server. 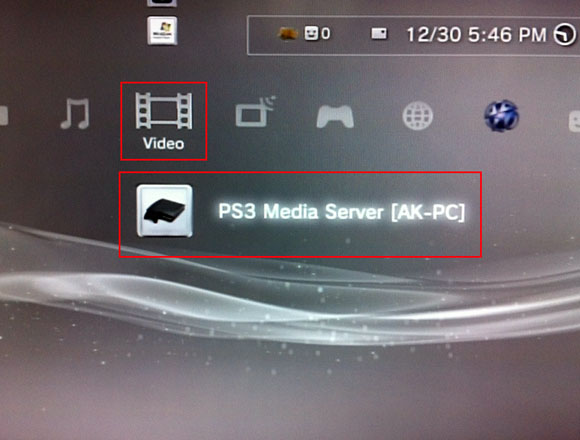 And that’s pretty much it!  You are now able to browse your computer files and directories the way you would on your own computer and play whatever you find.  There’s no folder configuration needed! If you’re a Windows 7 user, your media files are most probably found at C:\Users\YourUserName and then My Videos, Photos, Music, etc.

Everything should work just fine but of course computers are very complex so if you run into problems or can’t get it to work, check out their support forum and see if you could find your solution.  Let me know if you liked this idea and again, I wish you all a happy new year! 😀

This is for anybody who wants to get strong and have fun with a gymnastics-inspired routine. It is highly bodyweight-exercise oriented (no external weights) and … END_OF_DOCUMENT_TOKEN_TO_BE_REPLACED

Looking for a simple and straightforward bodyweight-oriented strength training routine that doesn't take too much time? You're not the only one! A survey I … END_OF_DOCUMENT_TOKEN_TO_BE_REPLACED

In this day and age most people are working from home and struggling to find the balance between stagnation and moving to stay fit. This program was developed … END_OF_DOCUMENT_TOKEN_TO_BE_REPLACED

I have three premium flexibility programs that I offer and many of you have been clamoring for a bundle-package, so here it is! You could now buy the … END_OF_DOCUMENT_TOKEN_TO_BE_REPLACED

I don't know about you but nothing gets me fired up more than working on my abs. It's a unique muscle group that is utilized in every exercise and making it … END_OF_DOCUMENT_TOKEN_TO_BE_REPLACED

I've created this hip flexibility program for those that would like to improve their flexibility in an efficient manner, with a follow along video that only … END_OF_DOCUMENT_TOKEN_TO_BE_REPLACED

For anyone who wants better shoulder health, shoulder flexibility, a looser upper back and improved posture, this program takes all the guess work out of it to … END_OF_DOCUMENT_TOKEN_TO_BE_REPLACED

This training routine is focused largely on increasing strength and muscle mass (aka muscular hypertrophy). If I had to sum up the routine in one fell swoop I … END_OF_DOCUMENT_TOKEN_TO_BE_REPLACED