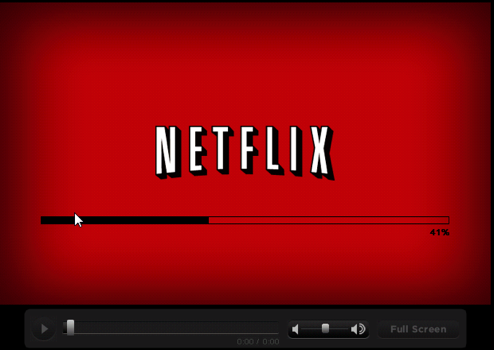 I love the fact that we’ve come to a point in our society that we can instantly stream movies or shows right on our TV’s or computers.  At my home, I have a TV but I purposely don’t have any TV channels thanks to the power of the Internet.  I just have a PS3 that I use to play DVD’s or stream programs from Netflix.

For some strange reason, they have purposely avoided a way to sort anything by rating, so oftentimes I have to mindlessly browse through lots of horrible films.  The running joke is that if there’s anythings that’s ever been filmed that’s mediocre (or worse), then it’s probably available on Netflix’s streamable selection.

I started to compile a list of movies that are great but very quickly I realized it was never going to be comprehensive (or unbiased). I started looking for other resources and discovered this awesome website called InstantWatcher.com

InstantWatcher.com helps your find good streaming titles from Netflix without the junk!

InstantWatcher.com seems a lot more streamlined and easier to use to find good titles than going through Netflix.  You could search by rating, see the Rotten Tomatoes

Big thanks to Daniel Choi, the creator of the site, since he combined Netflix, Google and New York Times Movie Review API‘s to bring you a much more powerful website.  For more information, read the 2nd half of the About page.

He’s also trying to do the same thing with Hulu.com’s selection but that’s still in beta mode.

Well, I hope that helps you figure out what you want to watch a little bit faster!

I've created this hip flexibility program for those that would like to improve their flexibility in an efficient manner, with a follow along video that only … END_OF_DOCUMENT_TOKEN_TO_BE_REPLACED

This is for anybody who wants to get strong and have fun with a gymnastics-inspired routine. It is highly bodyweight-exercise oriented (no external weights) and … END_OF_DOCUMENT_TOKEN_TO_BE_REPLACED

For those who have poor flexibility, tight hamstrings and want a simple program that will help them to get looser in a gentle, non-painful manner. In this … END_OF_DOCUMENT_TOKEN_TO_BE_REPLACED

I don't know about you but nothing gets me fired up more than working on my abs. It's a unique muscle group that is utilized in every exercise and making it … END_OF_DOCUMENT_TOKEN_TO_BE_REPLACED

For anyone who wants better shoulder health, shoulder flexibility, a looser upper back and improved posture, this program takes all the guess work out of it to … END_OF_DOCUMENT_TOKEN_TO_BE_REPLACED

In this day and age most people are working from home and struggling to find the balance between stagnation and moving to stay fit. This program was developed … END_OF_DOCUMENT_TOKEN_TO_BE_REPLACED

Looking for a simple and straightforward bodyweight-oriented strength training routine that doesn't take too much time? You're not the only one! A survey I … END_OF_DOCUMENT_TOKEN_TO_BE_REPLACED

This training routine is focused largely on increasing strength and muscle mass (aka muscular hypertrophy). If I had to sum up the routine in one fell swoop I … END_OF_DOCUMENT_TOKEN_TO_BE_REPLACED