Before we used the Internet for everything, our computers weren’t constantly on all the time.  Back in the 1990’s, I had a habit of turning my computer off after I was done using it.  It was the normal thing to do.  I remember having to wait a long time for the computer to start up and one of the most exciting change after an OS or processor upgrade was the faster start up time.

Nowadays, our systems are much more powerful and the computers start up pretty darn fast.  Ironically, we don’t really need fast start up times anymore because we tend to leave our computers on all the time!  This transition happened gradually over the years thanks to the fact that we are always plugged in to the Internet for different reasons.

Well it wasn’t until recently that I realized that my computer is always on and that it’s quite a wasteful practice that slowly snuck itself into normalcy over the years.

Granted, the computer uses less power when it’s “sleeping” at night, but it’s still using a lot of power considering you’re not doing anything with it.  If I turn my computer off for 8 hours a night, after a year, that’s about 3,000 hours of saved electricity.  So I am trying to remember to turn it off, even though my system is very quiet and doesn’t bother me in anyway.  I also turn off my speakers and monitor of course.

I just feel like leaving my computer on is the equivalent of leaving a bunch of lights on at night when I’m sleeping and that just seems wasteful.

Rebuttal: When the CPU is running, it gets hot and it cools down when it’s off.  Some people claim that this causes the solder joints to expand and contract from the heat and cause it to fail prematurely.  Isn’t it better to leave your computer running on all the time?  Doesn’t turning it on and off create more wear and tear?

Response: Fortunately in this day and age, hardware is generally very reliable and there’s no evidence of this being true. TV’s (and many other devices) share a lot of the same components that computers do and they don’t seem to have a problem being turned on and off repeatedly all day like most people do.

One last thing I wanted to say was that I don’t turn my com­puter off to save the elec­tric­ity to save money. My elec­tric­ity bill is already very low and while it’s great to save even more money, I moreso want to reduce my con­sump­tion because it’s just another lit­tle thing that reduces the load I per­son­ally put on our mother earth and its resources.

All these little things add up and if other people follow them, then we all make a difference collectively. 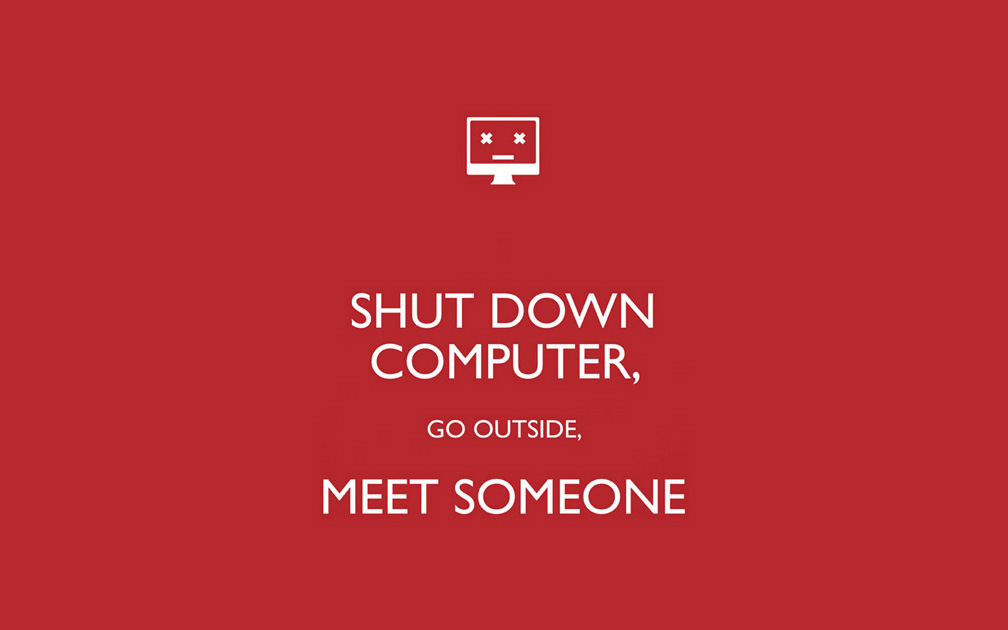 For anyone who wants better shoulder health, shoulder flexibility, a looser upper back and improved posture, this program takes all the guess work out of it to … END_OF_DOCUMENT_TOKEN_TO_BE_REPLACED

Looking for a simple and straightforward bodyweight-oriented strength training routine that doesn't take too much time? You're not the only one! A survey I … END_OF_DOCUMENT_TOKEN_TO_BE_REPLACED

This is for anybody who wants to get strong and have fun with a gymnastics-inspired routine. It is highly bodyweight-exercise oriented (no external weights) and … END_OF_DOCUMENT_TOKEN_TO_BE_REPLACED

I've created this hip flexibility program for those that would like to improve their flexibility in an efficient manner, with a follow along video that only … END_OF_DOCUMENT_TOKEN_TO_BE_REPLACED

In this day and age most people are working from home and struggling to find the balance between stagnation and moving to stay fit. This program was developed … END_OF_DOCUMENT_TOKEN_TO_BE_REPLACED

For those who have poor flexibility, tight hamstrings and want a simple program that will help them to get looser in a gentle, non-painful manner. In this … END_OF_DOCUMENT_TOKEN_TO_BE_REPLACED

I have three premium flexibility programs that I offer and many of you have been clamoring for a bundle-package, so here it is! You could now buy the … END_OF_DOCUMENT_TOKEN_TO_BE_REPLACED

I don't know about you but nothing gets me fired up more than working on my abs. It's a unique muscle group that is utilized in every exercise and making it … END_OF_DOCUMENT_TOKEN_TO_BE_REPLACED