Before the Los Angeles River was a concrete channel, it was a typical river with banks and all.  Flooding, however, was actually a devastating problem in the 19th century and first half of the 20th century.  It wasn’t until 1936 when this flooding was brought under control through “channelization.” Our Congress had ordered the US Army Corps of Engineers to concrete the river for almost its entire 51-mile length.  Much of the route became directed underground and the rain went almost exclusively straight to the river, creating extremely powerful flows within the channel.  The river efficiently carried the water away from the city, drying up all the wetlands and habitats that used to surround it.

The river used to be the source of life for the Tongva (since 5,000 BC) and Spanish (since 1760’s).  After the river was concreted, railroads, warehouses and other industries started to line the edge of the river, literally isolating it from the people and communities. The river now ran through all that was undesirable, the back of everything: Backyards, warehouses, trash dumps, power lines and freeways.

As a result, when the water finally empties into the Long Beach Harbor, there is a massive influx of microbes and contaminants.

The Los Angeles Revitalization Master Plan is a 25-50 year blueprint that will attempt to break apart this concrete channel so that it won’t just be a massive hidden storm drain disconnected from our lives and nature.  It will try to revamp the space to restore the health of the river, protect wildlife and best of all, beautify the entire city around the river through recreational spaces such as bike paths and parks. 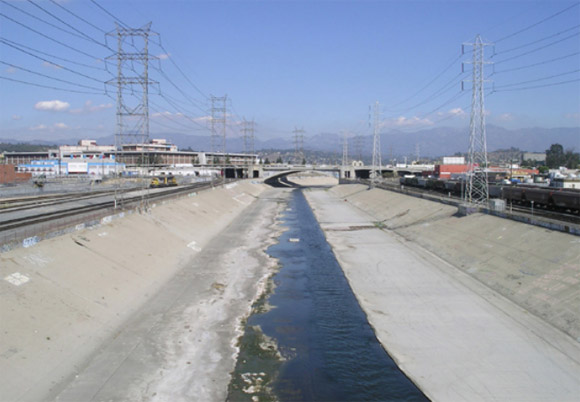 Into a recreational space with a restored bottom to create wetlands full of native plants. 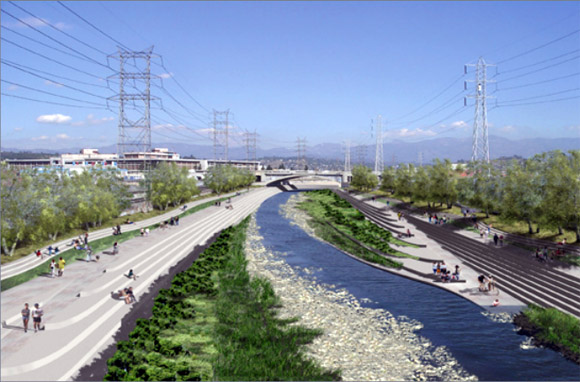 The idea that one could even paddle or kayak through parts of the river have already begun with the “Paddle the LA River” pilot program that began in the summer of 2011.  They mostly focus on just paddling in this one 1.5 mile stretch of the river that runs through Woodley Park and the Sepulveda Basin.

Now, when these changes will begin to happen is another story with everyone talking about how there’s no money for anything all the time.  Slowly but surely is better than nothing, I hope.

This is for anybody who wants to get strong and have fun with a gymnastics-inspired routine. It is highly bodyweight-exercise oriented (no external weights) and … END_OF_DOCUMENT_TOKEN_TO_BE_REPLACED

I've created this hip flexibility program for those that would like to improve their flexibility in an efficient manner, with a follow along video that only … END_OF_DOCUMENT_TOKEN_TO_BE_REPLACED

In this day and age most people are working from home and struggling to find the balance between stagnation and moving to stay fit. This program was developed … END_OF_DOCUMENT_TOKEN_TO_BE_REPLACED

For those who have poor flexibility, tight hamstrings and want a simple program that will help them to get looser in a gentle, non-painful manner. In this … END_OF_DOCUMENT_TOKEN_TO_BE_REPLACED

I don't know about you but nothing gets me fired up more than working on my abs. It's a unique muscle group that is utilized in every exercise and making it … END_OF_DOCUMENT_TOKEN_TO_BE_REPLACED

I have three premium flexibility programs that I offer and many of you have been clamoring for a bundle-package, so here it is! You could now buy the … END_OF_DOCUMENT_TOKEN_TO_BE_REPLACED

Looking for a simple and straightforward bodyweight-oriented strength training routine that doesn't take too much time? You're not the only one! A survey I … END_OF_DOCUMENT_TOKEN_TO_BE_REPLACED

This training routine is focused largely on increasing strength and muscle mass (aka muscular hypertrophy). If I had to sum up the routine in one fell swoop I … END_OF_DOCUMENT_TOKEN_TO_BE_REPLACED