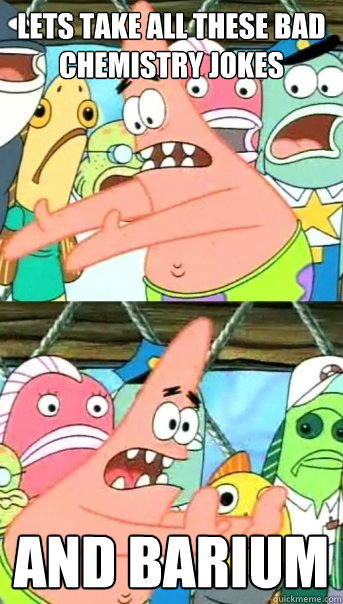 Chemistry is the science that deals with composition, structure and properties of matter.

The standard unit of mass is a kilogram: Almost exactly 1 liter of water. Eventually we will know it by the # of atoms in a KG.

The standard unit of length is the meter: Since 1983, the definition has been based on the speed of light. The distance light travels in 300 millionths of a second.

The standard unit of time is the second: Based on the waves of Cesium 133.

Temperature: Celsius although Fahrenheit and Kelvin are also used.

Out of 100 atoms on the periodic table, 1/3rd of them are important to us on a daily basis.

Physical properties are observations or measurements without altering its composition.

Chemical properties are observations made only by altering chemical composition.

Law is the significant summary of observed behavior with no exceptions.  The law of conservation of mass was the only law that had to be changed because Einstein came up with E=mc squared showing a relationship between mass and energy.

A theory is a model that provides an explanation. That’s not to say theories are not far reaching and significant though.

Quantitative = measurement involved quantity.  Qualitative= Observation involving quality or kind (not quantifiable) or descriptive adjectives that qualify what you mean.

Scientific notation is made up of a ‘coefficient’ and ‘exponent term.’ as such:

To multiply them together, you simply add the exponents:

To add scientific notation, the exponents need to be the same.  Same if you are to divide them.

To minimize precision and accuracy errors, calibrate the instruments and take a lot of measurements.

Significant digits or figures:  Going from left to right, count from the first non-zero # to the last non-zero #. Determine whether terminal zeros are significant by looking for a decimal or mark.

Only ice has a much more lower density than liquid b/c of a very unique property called hydrogen bonding.  Water is not coincidentally 1.00 g/mL.  Water is defined that way because a definition of a gram was the mass of 1 cubic cm of water (1g = mass of 1 cm^3 of water).

In this day and age most people are working from home and struggling to find the balance between stagnation and moving to stay fit. This program was developed … END_OF_DOCUMENT_TOKEN_TO_BE_REPLACED

I have three premium flexibility programs that I offer and many of you have been clamoring for a bundle-package, so here it is! You could now buy the … END_OF_DOCUMENT_TOKEN_TO_BE_REPLACED

For anyone who wants better shoulder health, shoulder flexibility, a looser upper back and improved posture, this program takes all the guess work out of it to … END_OF_DOCUMENT_TOKEN_TO_BE_REPLACED

I don't know about you but nothing gets me fired up more than working on my abs. It's a unique muscle group that is utilized in every exercise and making it … END_OF_DOCUMENT_TOKEN_TO_BE_REPLACED

I've created this hip flexibility program for those that would like to improve their flexibility in an efficient manner, with a follow along video that only … END_OF_DOCUMENT_TOKEN_TO_BE_REPLACED

For those who have poor flexibility, tight hamstrings and want a simple program that will help them to get looser in a gentle, non-painful manner. In this … END_OF_DOCUMENT_TOKEN_TO_BE_REPLACED