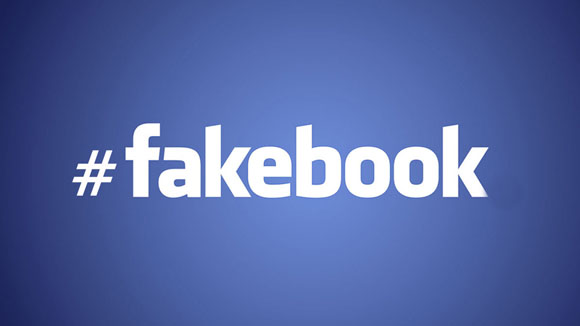 So what is a hash-tag?

Officially? Officially a hash-tag is a sort of meta-tagging to help categorize posts and find more posts about a similar topic.  So if you end your post with #HurricaneXena, anybody talking about or affected by the currently nonexistent Hurricane Xena will pop up when you click the hash tag.  So just like how @ is used to apply to one person in particular, # is useful when it can be applied to a large group of people wanting to connect on a specific thing.

Unofficially?  I would say it’s like a modern day emoticon that’s just another way for us to express ourselves.  Sometimes it’s used exactly like the old school asterisk like *rolls eyes* and *face palm.*  I used to always portray body-language by using the double- colon, like ::shakes fist in air:: and ::shrugs:.

It’s also used to be funny, with something like #fwp and #momquotes, for example…

So you could see how and why hashtags easily devolved from a useful sorting system to a double-reverse ironic gesture or for adding a rimshot to your own joke.

Now you can actively find people discussing subjects that you care about outside of your friends list.  But only posts that are set to be shared with “Public” will appear to people you are not friends with if you use a hash tag.

Is this the end of the English language?

Boy, there are some dramatic people out there. People who claim that hashtags are ruining the English language.  Now that it’s on Facebook, it’s definitely the end of the language, right?

WRONG!  Language is ever changing!  People spoke very differently 50 years ago.  Were they speaking incorrectly or are we?  People misusing your/you’re and there/they’re/their are ruining the English language.  Just because hashtags aren’t in the dictionary doesn’t mean they are wrong.  Many things weren’t in the dictionary before they finally were accepted.  There’s a reason why we don’t speak like Shakespeare anymore.  Because change is the only constant and that includes linguistics.

This is just a new development in the way we communicate and it won’t destroy the English language anymore than e-books and blogging have “destroyed” literature.  Or any more than air quotes have ruined talking.

Besides, you have to admit, since intonation doesn’t exist online, things like sarcasm aren’t easily conveyed.  People still often end their sentences with “/” so people know how they feel. “People who believe in religion are genius! /sarcasm”

Hashtags are great for the linguistically lazy

Why explain the reasons for your excitement when you could just lazily throw in the #excited hashtag?  I would love it if people tried explaining why something has excited them or what they mean rather than just using a hash tag.  People will understand you better.  Hell, maybe you’ll understand yourself better too, as an added bonus.

#Usingitasarunonsentencesmakesnosense.  I mean, you seriously defeat the purpose of a hashtag.  Yeah, it might be funny to you because you wrote it and you think you’re clever, but it’s really just very hard to read.  Or you know what else is stupid?  #Creating #sentences #out #of #hashtags #like #this.

Hashtags are meant to allow people to see your related posts, explore a topic, etc. When you hashtag something that nobody else ever has or will, you’re kind of defeating the purpose.  If people keep hashtagging random, useless words, it doesn’t make it useful anymore.

So anyway, hash tags could be annoying #when #people #needlessly #put #them #everywhere but they are useful in that they can be used to solidify intent, feeling, or describe and they still work as search indexes.  Compared to the lack of grammar and punctuation, the hashtag is the least of our problems.

I have three premium flexibility programs that I offer and many of you have been clamoring for a bundle-package, so here it is! You could now buy the … END_OF_DOCUMENT_TOKEN_TO_BE_REPLACED

I've created this hip flexibility program for those that would like to improve their flexibility in an efficient manner, with a follow along video that only … END_OF_DOCUMENT_TOKEN_TO_BE_REPLACED

In this day and age most people are working from home and struggling to find the balance between stagnation and moving to stay fit. This program was developed … END_OF_DOCUMENT_TOKEN_TO_BE_REPLACED

For those who have poor flexibility, tight hamstrings and want a simple program that will help them to get looser in a gentle, non-painful manner. In this … END_OF_DOCUMENT_TOKEN_TO_BE_REPLACED

For anyone who wants better shoulder health, shoulder flexibility, a looser upper back and improved posture, this program takes all the guess work out of it to … END_OF_DOCUMENT_TOKEN_TO_BE_REPLACED

This is for anybody who wants to get strong and have fun with a gymnastics-inspired routine. It is highly bodyweight-exercise oriented (no external weights) and … END_OF_DOCUMENT_TOKEN_TO_BE_REPLACED

This training routine is focused largely on increasing strength and muscle mass (aka muscular hypertrophy). If I had to sum up the routine in one fell swoop I … END_OF_DOCUMENT_TOKEN_TO_BE_REPLACED

Looking for a simple and straightforward bodyweight-oriented strength training routine that doesn't take too much time? You're not the only one! A survey I … END_OF_DOCUMENT_TOKEN_TO_BE_REPLACED