A chance encounter and shared moment with one of natures greatest and most fleeting phenomena.

This video was captured on the River Shannon, the longest river in Ireland that is the major physical barrier between the east and west sides of the country.  There are fewer than twenty crossing-points between the north and south ends of this river.

Here is a map of Ireland to help you understand where the river is. 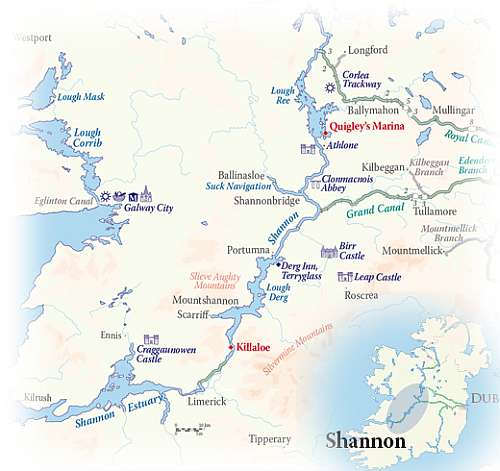 Italian physicist Giorgio Parisi studied their movement in 2010 and he breaks it down like this:

It’s a beautiful phenomenon to behold. And neither biologists nor anyone else can yet explain how starlings seem to process information and act on it so quickly. It’s precisely the lack of lag between the birds’ movements that make the flocks so astonishing.

The math equations that best describe starling movement are borrowed from the literature of ‘criticality,’ of crystal formation and avalanches — systems poised on the brink, capable of near-instantaneous transformation. They call it ‘scale-free correlation,’ and it means that no matter how big the flock, if any one bird turned and changed speed, so would all the others.

I have three premium flexibility programs that I offer and many of you have been clamoring for a bundle-package, so here it is! You could now buy the … END_OF_DOCUMENT_TOKEN_TO_BE_REPLACED

For anyone who wants better shoulder health, shoulder flexibility, a looser upper back and improved posture, this program takes all the guess work out of it to … END_OF_DOCUMENT_TOKEN_TO_BE_REPLACED

I don't know about you but nothing gets me fired up more than working on my abs. It's a unique muscle group that is utilized in every exercise and making it … END_OF_DOCUMENT_TOKEN_TO_BE_REPLACED

I've created this hip flexibility program for those that would like to improve their flexibility in an efficient manner, with a follow along video that only … END_OF_DOCUMENT_TOKEN_TO_BE_REPLACED

For those who have poor flexibility, tight hamstrings and want a simple program that will help them to get looser in a gentle, non-painful manner. In this … END_OF_DOCUMENT_TOKEN_TO_BE_REPLACED

This training routine is focused largely on increasing strength and muscle mass (aka muscular hypertrophy). If I had to sum up the routine in one fell swoop I … END_OF_DOCUMENT_TOKEN_TO_BE_REPLACED


Error: API requests are being delayed. New posts will not be retrieved.

Error: API requests are being delayed for this account. New posts will not be retrieved.