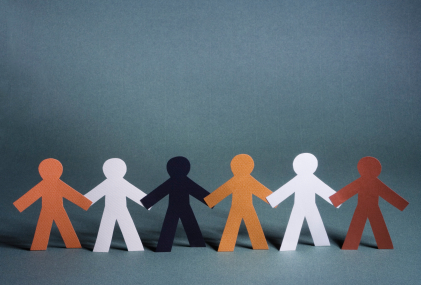 I was volunteering in the ER of a hospital the other day and when the bed/room for a patient becomes ready, I escort them to it.  I looked at the next chart and I was supposed to be looking for an 88 year old male with a Japanese looking name.

I glanced around the room looking for someone super-old (possibly in the wheelchair?) to see if I could figure out who it is just before I call their name out.  I called the last name and this Japanese man and someone who was clearly his wife both stood up and they both looked like they were 60!

So that made me think of that stereotype of how some people say Asian people don’t age.  But then I kept wondering why that is or if that is even true?  I figured I was just experiencing confirmation bias.

Anyway, moving on… since I’ve been spending lots of time outdoors lately, I’ve been wearing a hat because I don’t want the skin on my face to look destroyed prematurely.  (Tanning from UV rays destroys skin in case you haven’t heard.)

So today I remembered that in some Asian cultures (I think all the East Asian ones like Japanese, Korean, Chinese) always strive to have fair/white/pale skin.  Because apparently traditionally the whiter, the more attractive it is to them.  So they often try to cover their skin up and wear giant hats.

So is that why they tend to look like they haven’t aged much at all?   I guess it helps that they tend to have small statures to make them look more child-like, but I think this sun-coverage thing makes sense.  What do you guys think?

I’ll leave you with some hilarious pic of sun-coverage gone extreme.

Do you have questions in regards to your training, diet or habits in general? I bet you do because I get messages every single day from people looking for … END_OF_DOCUMENT_TOKEN_TO_BE_REPLACED

Looking for a simple and straightforward bodyweight-oriented strength training routine that doesn't take too much time? You're not the only one! A survey I … END_OF_DOCUMENT_TOKEN_TO_BE_REPLACED

In this day and age most people are working from home and struggling to find the balance between stagnation and moving to stay fit. This program was developed … END_OF_DOCUMENT_TOKEN_TO_BE_REPLACED

I have three premium flexibility programs that I offer and many of you have been clamoring for a bundle-package, so here it is! You could now buy the … END_OF_DOCUMENT_TOKEN_TO_BE_REPLACED

For anyone who wants better shoulder health, shoulder flexibility, a looser upper back and improved posture, this program takes all the guess work out of it to … END_OF_DOCUMENT_TOKEN_TO_BE_REPLACED

I don't know about you but nothing gets me fired up more than working on my abs. It's a unique muscle group that is utilized in every exercise and making it … END_OF_DOCUMENT_TOKEN_TO_BE_REPLACED

I've created this hip flexibility program for those that would like to improve their flexibility in an efficient manner, with a follow along video that only … END_OF_DOCUMENT_TOKEN_TO_BE_REPLACED

For those who have poor flexibility, tight hamstrings and want a simple program that will help them to get looser in a gentle, non-painful manner. In this … END_OF_DOCUMENT_TOKEN_TO_BE_REPLACED