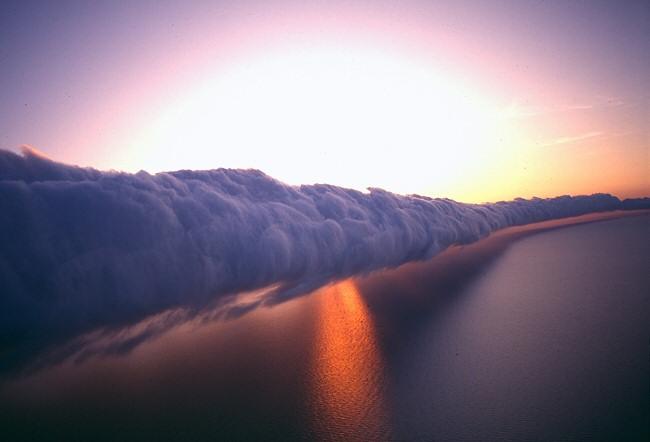 The phenomena can only be predictably observed at the Gulf of Carpentaria in northern Australia between September and November.  It gets its name, morning glory cloud, because it can only be observed in the very early morning hours.  The map to the right is Australia and the blue-shaded part is the area in which the clouds typically form, best viewed from the very isolated village of Burketown, Queensland, Australia.  This occurs in many other parts of the world but only sporadically and not consistently like it does in this gulf. 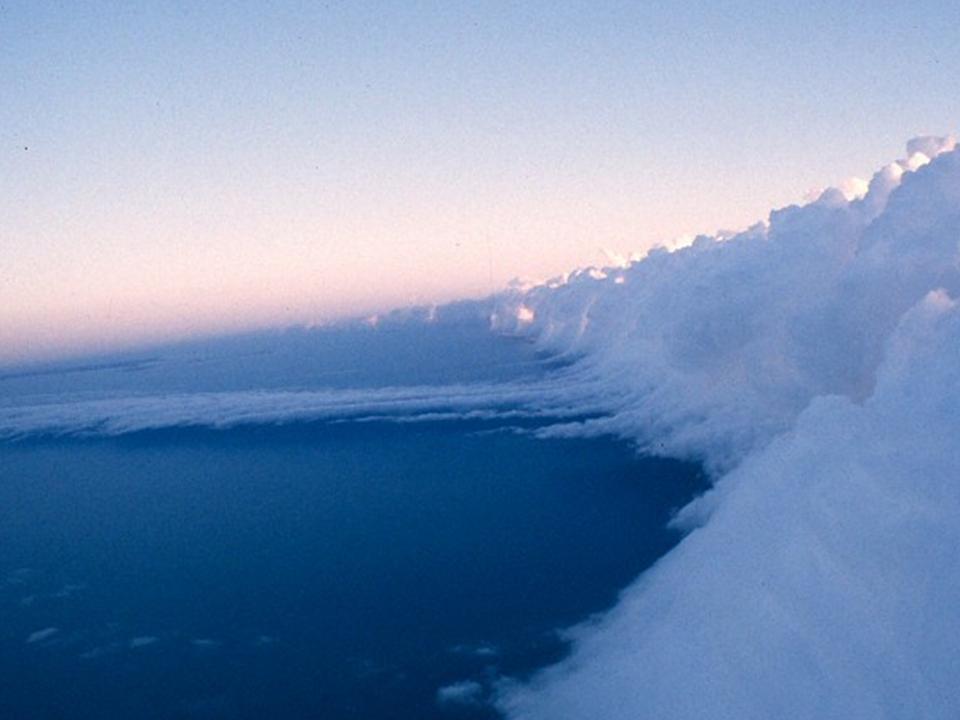 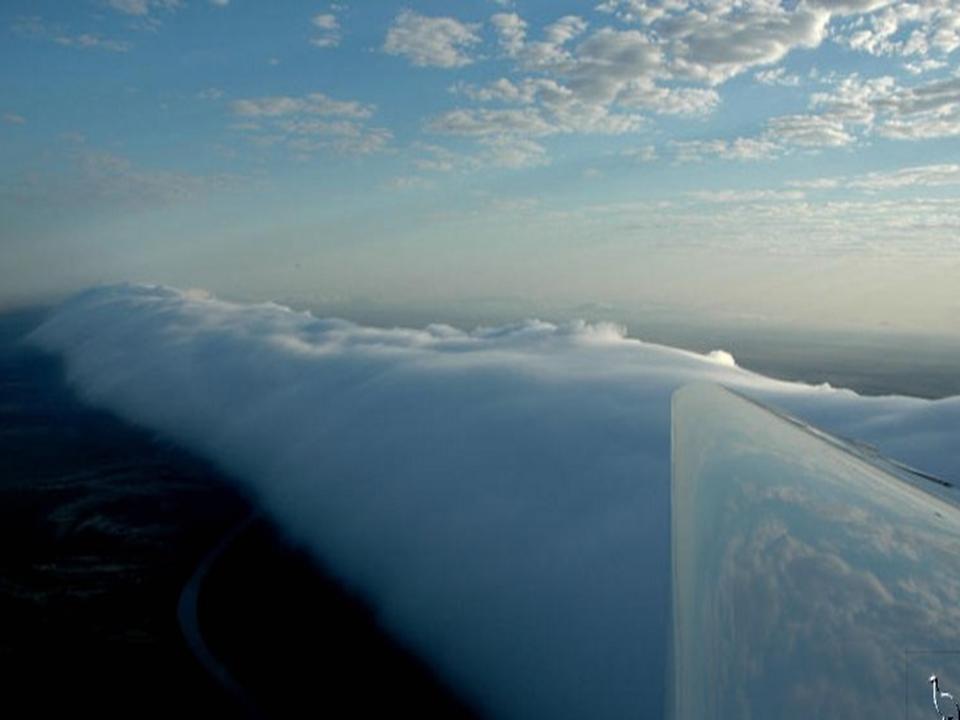 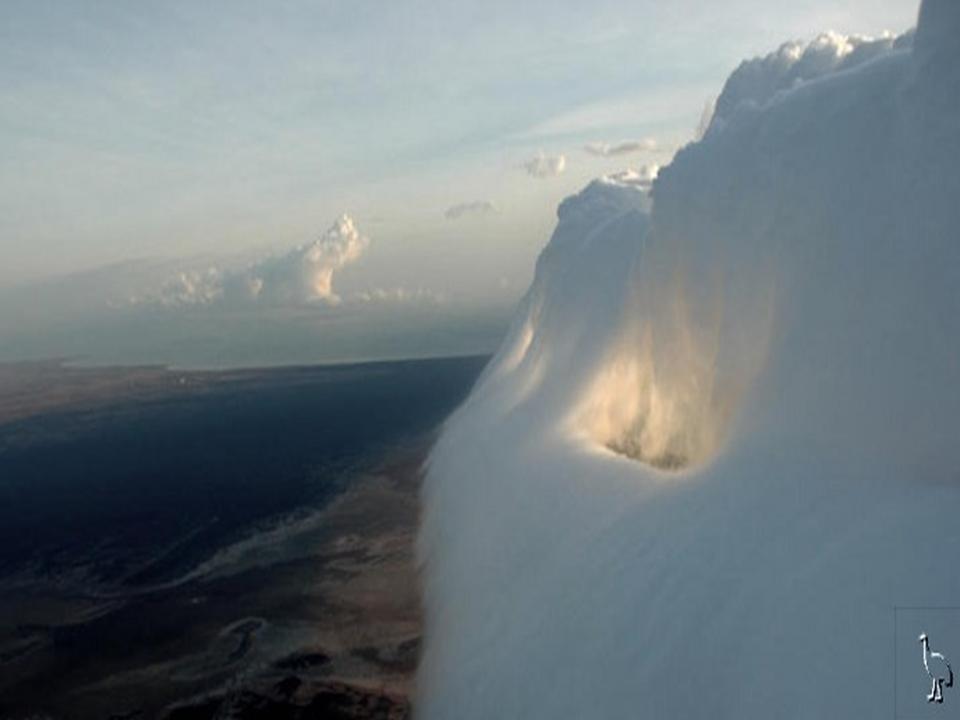 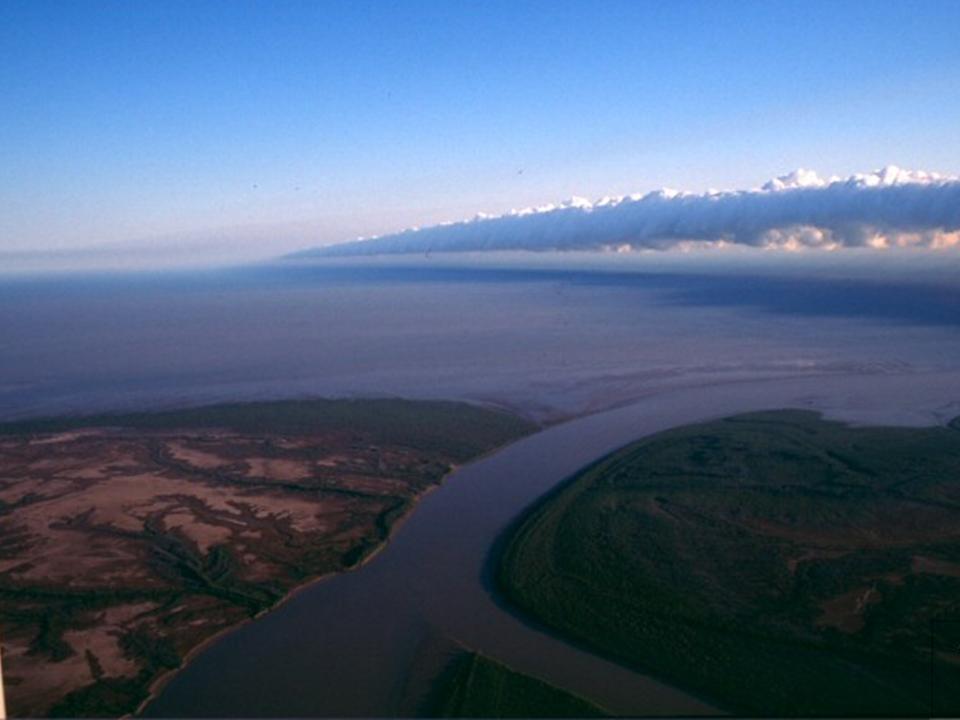 They are always aligned from east to west and there may be several of them.  Large air masses of different temperatures clash together to form these clouds.  Usually when these air masses collide, the are usually invisible because they don’t have enough moisture to create a cloud, but the humidity is just right in this part of the world during the Fall. 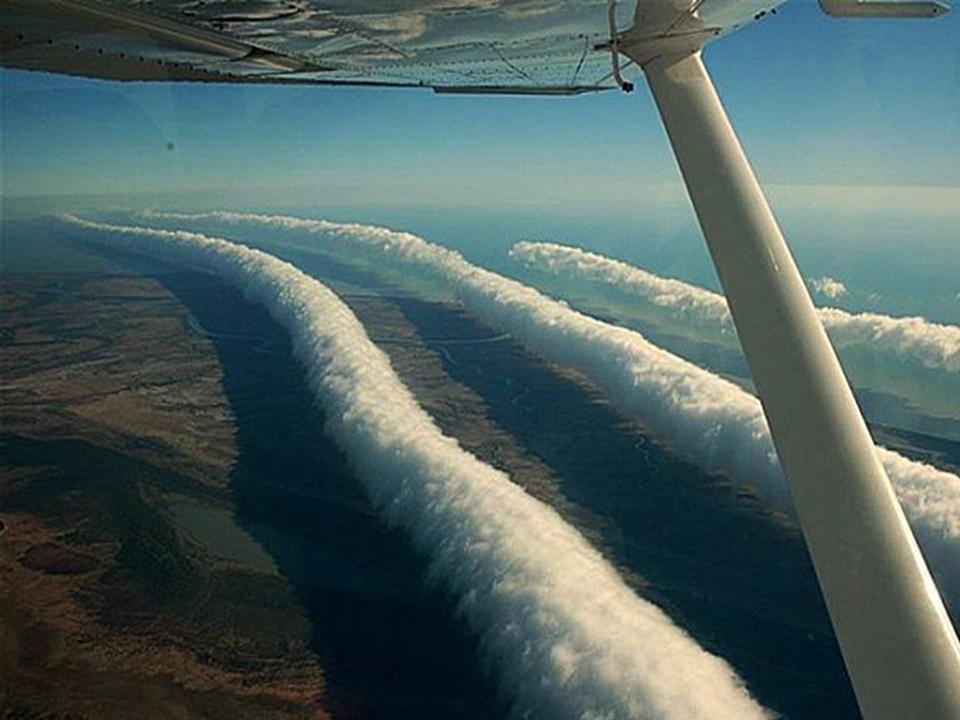 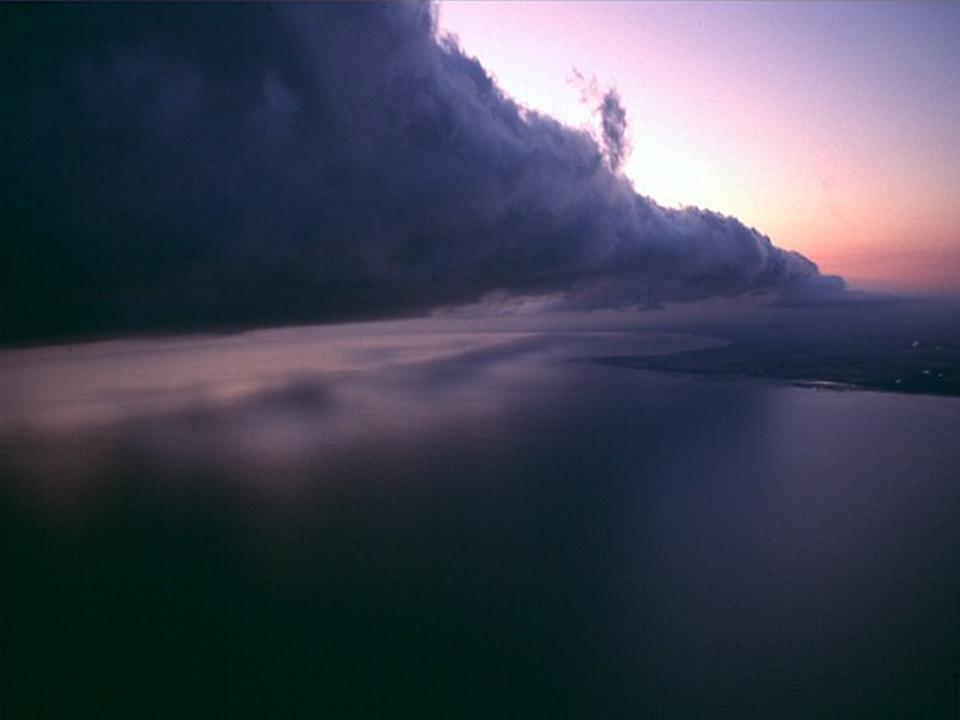 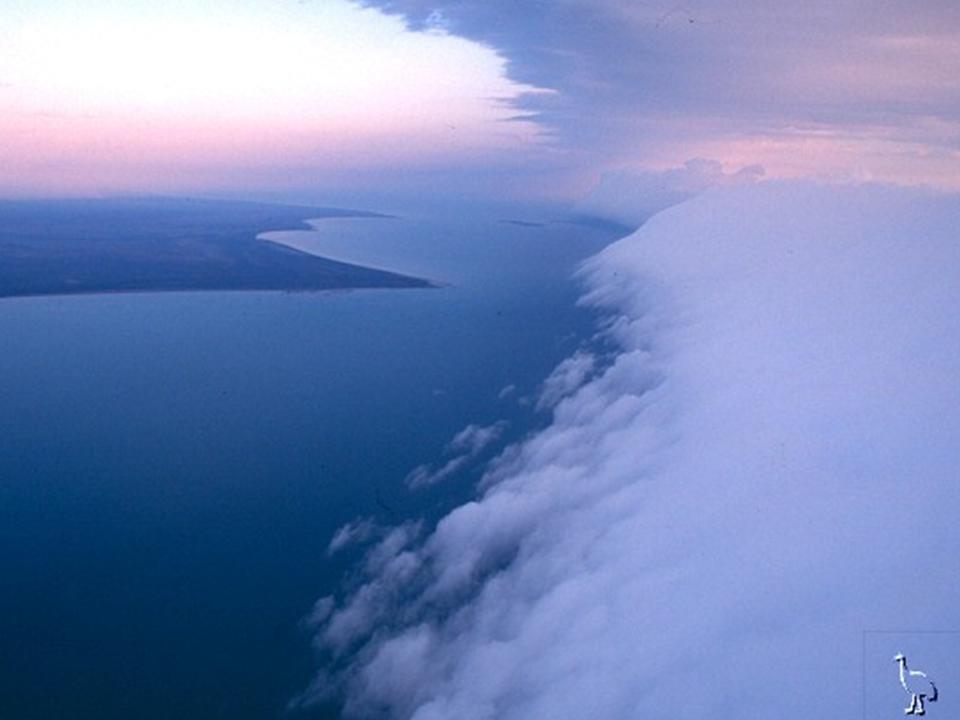 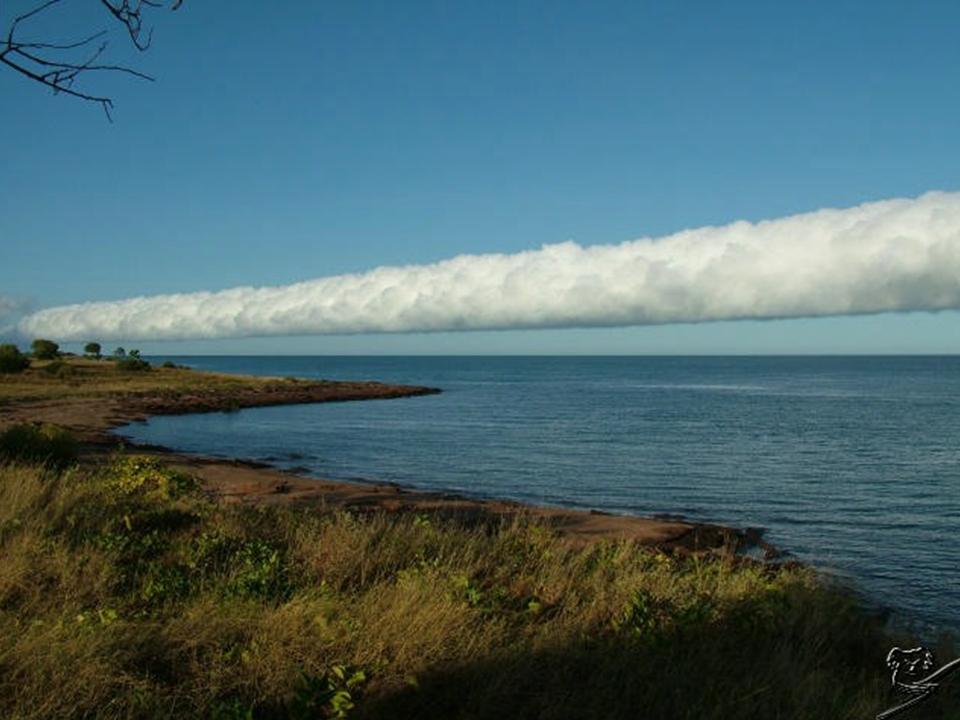 Since 1989, hang gliders and paragliders surf the giant cloud like a wave in an ocean.  This is an excellent example of a solitary wave (in the sky) which is a single crest that moves without changing its shape or speed. 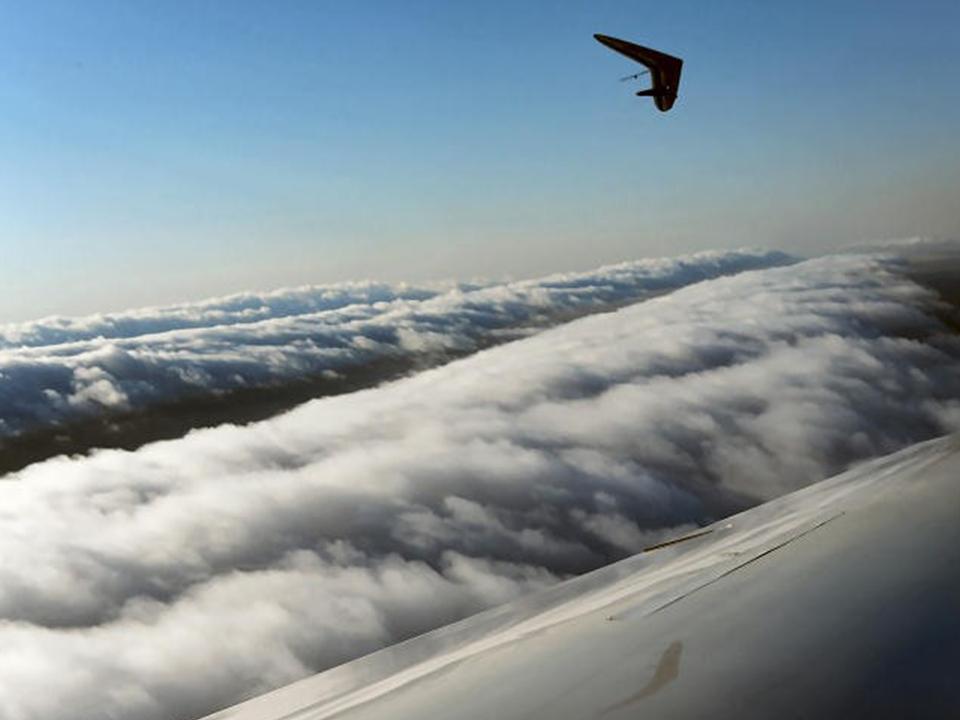 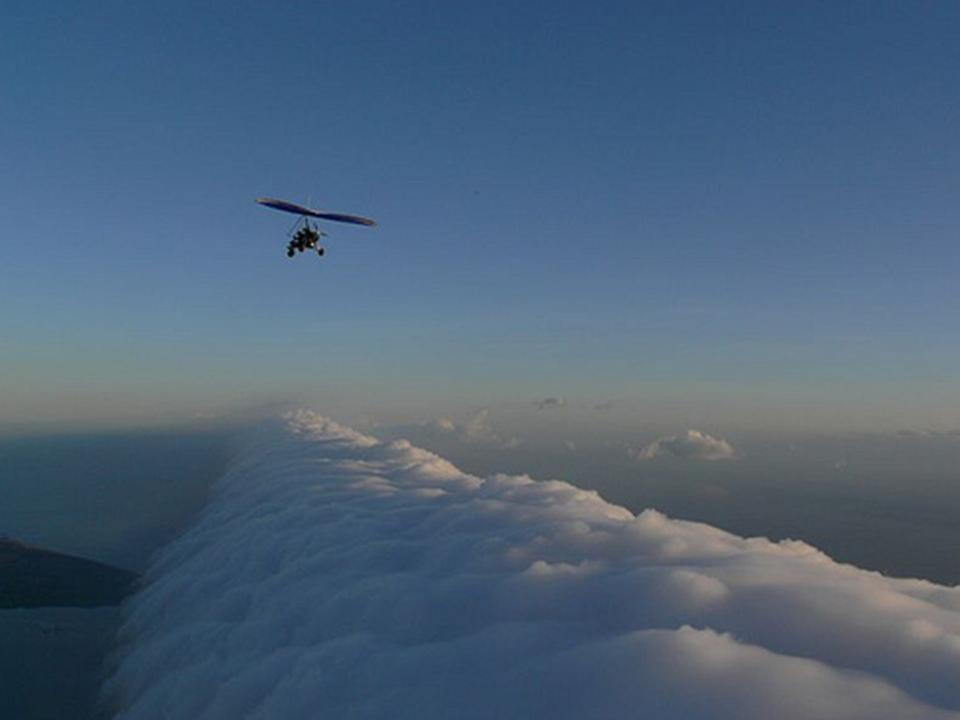 The front of the wave continually picks up warm moisture that rises and creates a strong updraft  that lifts the gliders allowing them to zig-zag laterally alongside for hundreds of miles.  Behind the cloud however, the air cools down and descends, causing a strong downdraft and lots of turbulence.

The entire thing looks like a continually backwards-rolling harvester in the sky. 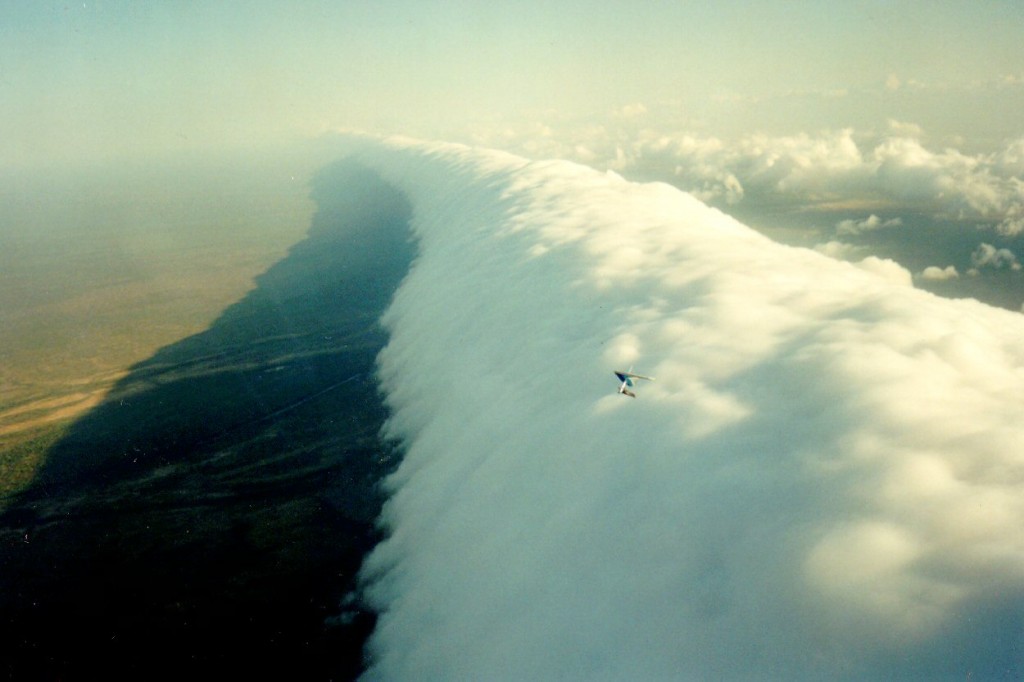 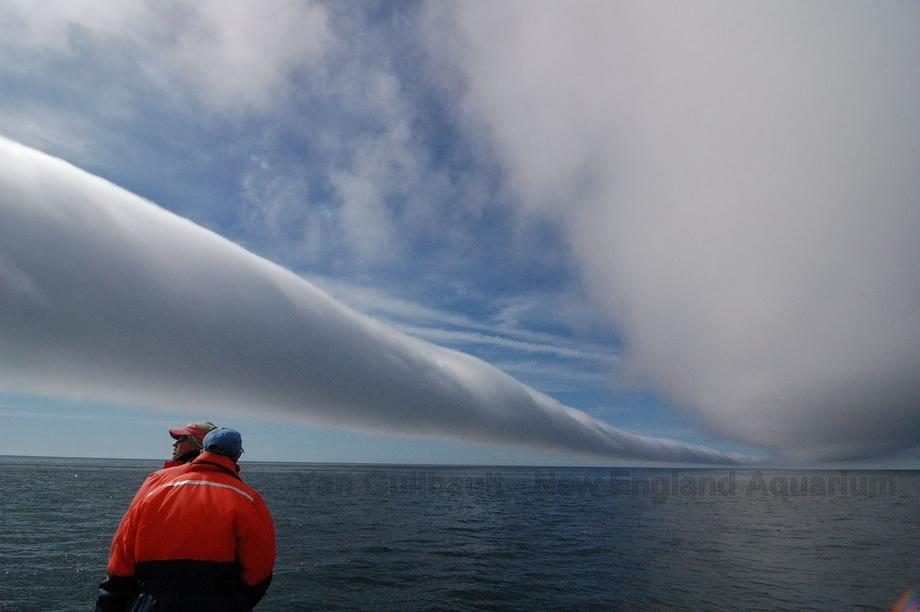 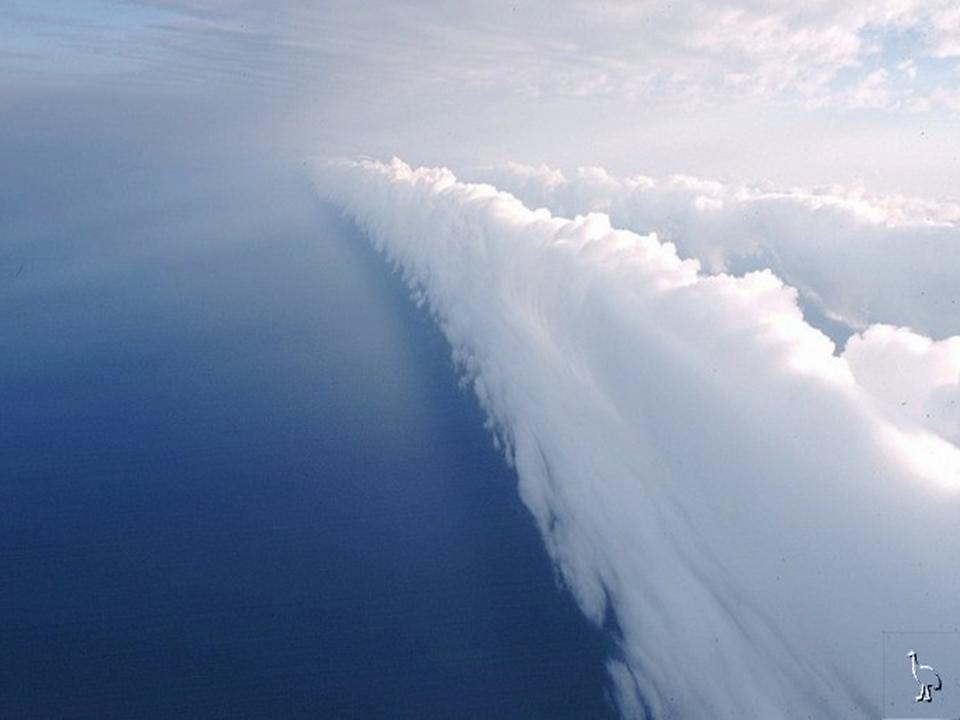 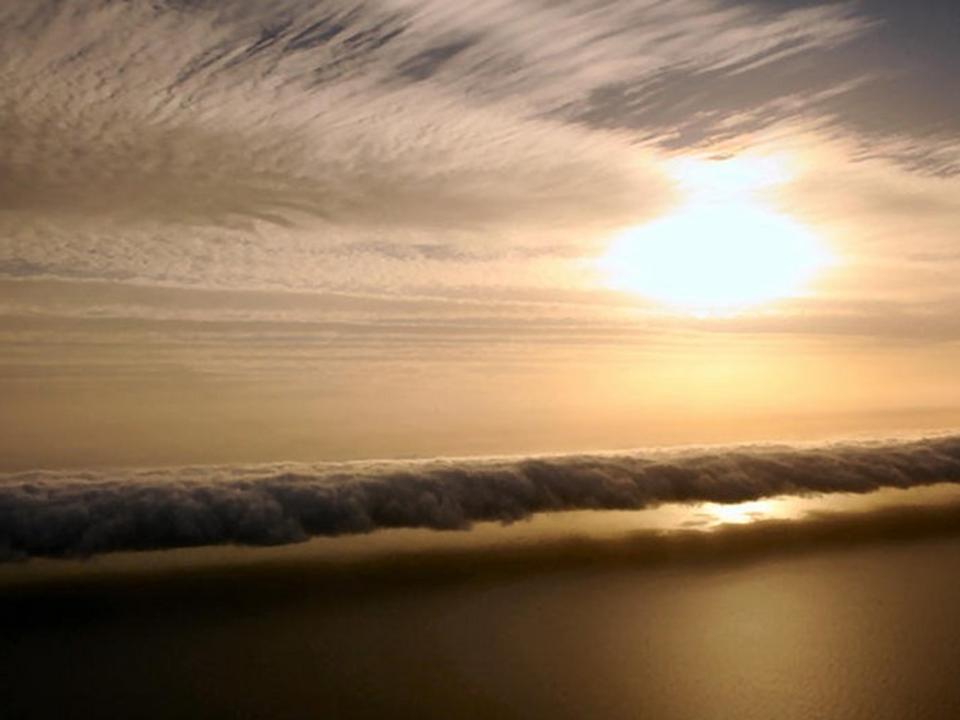 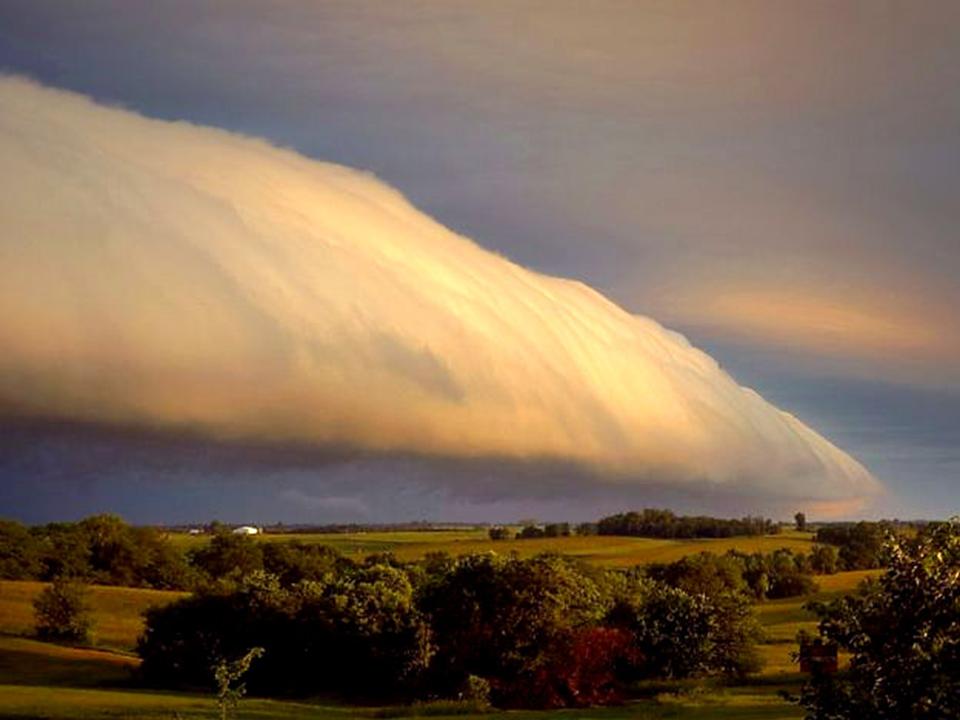 If the weather situation is calm, when the sun rises, this extremely long version of a roll cloud may form.

Do you have questions in regards to your training, diet or habits in general? I bet you do because I get messages every single day from people looking for … END_OF_DOCUMENT_TOKEN_TO_BE_REPLACED

Looking for a simple and straightforward bodyweight-oriented strength training routine that doesn't take too much time? You're not the only one! A survey I … END_OF_DOCUMENT_TOKEN_TO_BE_REPLACED

In this day and age most people are working from home and struggling to find the balance between stagnation and moving to stay fit. This program was developed … END_OF_DOCUMENT_TOKEN_TO_BE_REPLACED

I have three premium flexibility programs that I offer and many of you have been clamoring for a bundle-package, so here it is! You could now buy the … END_OF_DOCUMENT_TOKEN_TO_BE_REPLACED

For anyone who wants better shoulder health, shoulder flexibility, a looser upper back and improved posture, this program takes all the guess work out of it to … END_OF_DOCUMENT_TOKEN_TO_BE_REPLACED

I don't know about you but nothing gets me fired up more than working on my abs. It's a unique muscle group that is utilized in every exercise and making it … END_OF_DOCUMENT_TOKEN_TO_BE_REPLACED

I've created this hip flexibility program for those that would like to improve their flexibility in an efficient manner, with a follow along video that only … END_OF_DOCUMENT_TOKEN_TO_BE_REPLACED

For those who have poor flexibility, tight hamstrings and want a simple program that will help them to get looser in a gentle, non-painful manner. In this … END_OF_DOCUMENT_TOKEN_TO_BE_REPLACED