How does this picture make you feel? 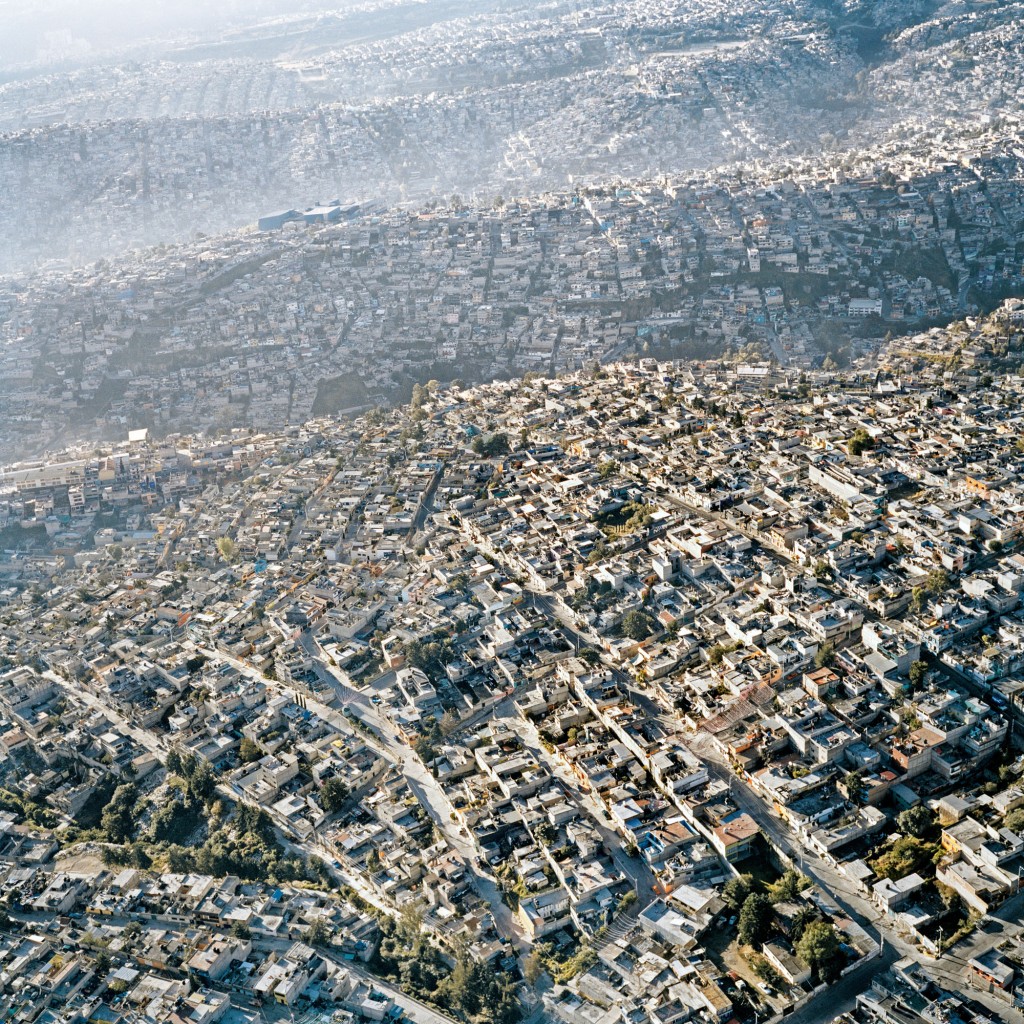 Off the bat, most people would say, “Damn, that’s crazy.”  It looks like someone dumped a bunch of trash onto the hills.  Is it the end of humanity?  Is it a shot from the Inception movie where the surface of the Earth is turning into moving waves?  Nope.  This is just a part of Naucalpan de Juárez, a large suburb northwest of Mexico City.

For perspective, you’re only seeing about 2 square miles in this photo.  That’s all.  You’re not seeing a city.  You’re seeing just a tiny sliver of one of Mexico City’s suburbs, housing probably fewer than 50,000 people.  In total, Greater Mexico City houses 400 times that many people: 21 million.

How does this compare to other areas?

Would you prefer American-style suburbs instead?  In the United States, we are used to building with very low density since we have so much land but this US sprawl is much more consuming of resources, infrastructure and land per capita.  Unfortunately, when you think of how we’re going to house 7+ billion people and not destroy our home planet, it seems like low density US suburbs are not going to work out very well.

Think about Manhattan.  If you live and work in the same place, then you don’t waste much energy (gas) going to work or running errands because everything is near and there’s an awesome subway system that helps you practically remain car-free.

Some say that dense megacities that build vertically up like Manhattan are the way of the future due to their economic and energy efficiency, but what about the human element?  Urban planners need to somehow find a way to meet the needs of the people while minimizing the suffering from overcrowding, environmental misery (smog!) and social inequality (ghetto’s and slums).  Good luck, humans.

If you asked me I’d say just make sure to have bike-paths and subways EVERYWHERE.  I can only dream that one day Los Angeles will have public transportation as good as Manhattan.  ::dreams::

Oh by the way, today, Sunday April 28, 2012, marks the opening of the Expo Line!  We are one tiny step closer to that dream.

In this day and age most people are working from home and struggling to find the balance between stagnation and moving to stay fit. This program was developed … END_OF_DOCUMENT_TOKEN_TO_BE_REPLACED

I have three premium flexibility programs that I offer and many of you have been clamoring for a bundle-package, so here it is! You could now buy the … END_OF_DOCUMENT_TOKEN_TO_BE_REPLACED

For anyone who wants better shoulder health, shoulder flexibility, a looser upper back and improved posture, this program takes all the guess work out of it to … END_OF_DOCUMENT_TOKEN_TO_BE_REPLACED

I don't know about you but nothing gets me fired up more than working on my abs. It's a unique muscle group that is utilized in every exercise and making it … END_OF_DOCUMENT_TOKEN_TO_BE_REPLACED

I've created this hip flexibility program for those that would like to improve their flexibility in an efficient manner, with a follow along video that only … END_OF_DOCUMENT_TOKEN_TO_BE_REPLACED

For those who have poor flexibility, tight hamstrings and want a simple program that will help them to get looser in a gentle, non-painful manner. In this … END_OF_DOCUMENT_TOKEN_TO_BE_REPLACED