This post will probably make the most sense to those within my Generation Y since I myself was born in 1983.   An interesting thing about us is that we are the last generation that remembers life before the takeoff of mass technology and globalization.

I started going on the Internet in 1996.  The internet was very different then. I remember how it was in the very beginning.   Our computer connected to the same telephone line we made house calls with so nobody could use it as the same time which was problematic.  My 14.4kbps modem would dial an LAUSD server and I’d hear strange screeching noises until a connection was established. I then entered my login info and then that server, using Telnet, would connect me to the Internet.  The “browser” displayed only text.  Images would simply be links I would have to download and then open individually to view it in all the glory of 256 colors.

Eventually we tried one of the AOL CD’s that kept coming in the mail.  Switching from the crude Telnet, to the AOL browser that actually displayed formatted text and images blew my mind.  I was experiencing Web 1.0: The first stage of the World Wide Web linking webpages with hyperlinks.  By the way, AOL sent out over 660 million of those trial CD’s until 2006 and people got very creative with them, creating things like mosaic mirror artwork to using them as pizza cutters. 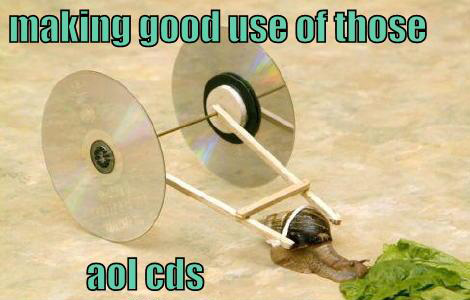 AOL also opened me up to the concept of Instant Messaging and opened up a new experience to me that I know my parents had never experienced.  You send a message and they get it, within a fraction of a second.  Wow.

For a shy boy like me, IM’s were quite exciting to say the least.  Having a conversation online was much easier online through instant messages.  I was able to articulate my thoughts using the keyboard much more easily than if I was face to face with someone.  I could simply type out my thoughts, refine them, and then hit enter.  There were no awkward pauses.  The lack of body language was replaced by emoticons and since the person was not physically in front of me, I was able to ask or say things that I would’ve never been able to vocalize.  Ironically, even though IMing was very impersonal, I felt like my true self came out through the instant messages because it was easy to express myself. Did any of you out there feel that way too?

So for the longest time I always had an ‘online social life’ and ‘real social life.’    The people I chatted with online were often with people I didn’t see frequently, or ever at all, in real life.  There were distinct differences between the two groups and in my head, they were totally separate parts of my life.  This all changed in the late 2000’s when I started to meet online friends from forums, in real life through meetups.  This was the first time people who I only knew based on a handle and the content of their posts were starting to meld into my real life.  Normally Internet-sourced-friends don’t go anywhere, but they did for me.  I think I got lucky to meet such nice people.

I joined Facebook after a friend from high school helped me realize that I had missed out on many random events because I was not on there.  All of a sudden with this social media network, all my high school friends, college friends, relatives, and Internet friends were all together in one spot.  Everyone was all of a sudden an Internet-friend.  Facebook cracked the code on moving real life onto the online world for the masses.

When people plan for events, whether it’s a casual hike or a house party or even a serious event like a wedding, it’s probably organized on Facebook.  Photos from said events are then uploaded, viewed, tagged, and commented on.  The socializing effectively continues at home and all of it seems pretty seamless, further blurring the lines between virtual and real.

Status updates provide some quality insight into peoples real selves that we otherwise would have never known.  They reveal what someones interest are, what music they like, what bothers them, what they give value to and so forth.  And you’ll notice patterns: Someone like me may be obsessed with the sky while someone else may be obsessed with taking pictures of their meals.  Or worse, constantly bitching about how their life sucks.  Which is why I’ve even created an article on how to make facebook better by hiding annoying people. 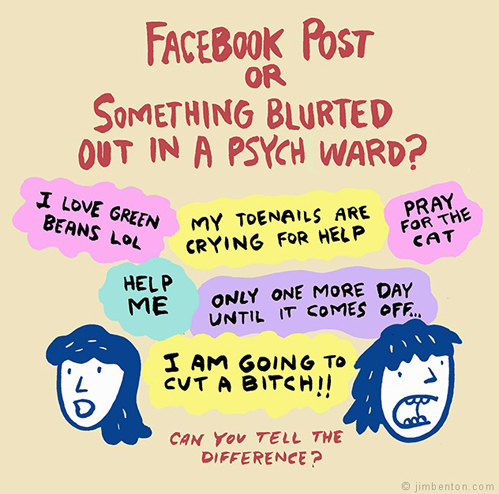 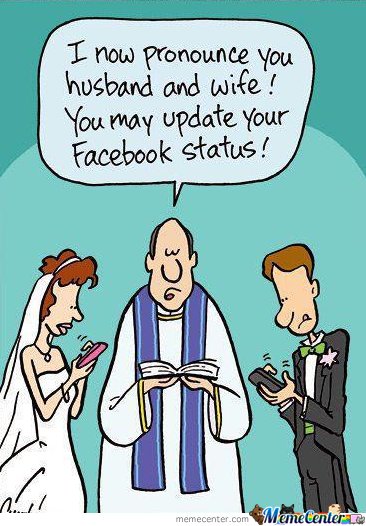 I never realized that over the months and years these updates would build up to become a substantial online journal.  This is where the creation of Timeline comes in, showing the story of your life, in a visual, vertical chronological timeline that’s like a cross between a mini blog and a scrapbook.  Now you can even add “life events” onto your profile instead of just text or photos.

So it’s pretty interesting how I’ve gone through this rollercoaster of socializing from IM’s to forums to Facebook.  I wonder what will be the fate of FB.  Users don’t just want to use facebook, they subconsciously need to use it!   Messaging on Facebook is so convenient that we have abandoned email all together and just “Facebook” each other. But will something better come along?  Can it go the way of AOL and be irrelevant eventually?  Will the internet deck be shuffled again?  History does have a sneaky way of repeating itself, but I don’t know, this is totally something new to all of us.  What do you think?

Do you have questions in regards to your training, diet or habits in general? I bet you do because I get messages every single day from people looking for … END_OF_DOCUMENT_TOKEN_TO_BE_REPLACED

Looking for a simple and straightforward bodyweight-oriented strength training routine that doesn't take too much time? You're not the only one! A survey I … END_OF_DOCUMENT_TOKEN_TO_BE_REPLACED

In this day and age most people are working from home and struggling to find the balance between stagnation and moving to stay fit. This program was developed … END_OF_DOCUMENT_TOKEN_TO_BE_REPLACED

I have three premium flexibility programs that I offer and many of you have been clamoring for a bundle-package, so here it is! You could now buy the … END_OF_DOCUMENT_TOKEN_TO_BE_REPLACED

For anyone who wants better shoulder health, shoulder flexibility, a looser upper back and improved posture, this program takes all the guess work out of it to … END_OF_DOCUMENT_TOKEN_TO_BE_REPLACED

I don't know about you but nothing gets me fired up more than working on my abs. It's a unique muscle group that is utilized in every exercise and making it … END_OF_DOCUMENT_TOKEN_TO_BE_REPLACED

I've created this hip flexibility program for those that would like to improve their flexibility in an efficient manner, with a follow along video that only … END_OF_DOCUMENT_TOKEN_TO_BE_REPLACED

For those who have poor flexibility, tight hamstrings and want a simple program that will help them to get looser in a gentle, non-painful manner. In this … END_OF_DOCUMENT_TOKEN_TO_BE_REPLACED