It’s hard to understand what was being said so here is the transcript:

”Mr. President, over 4,000 peaceful protesters have been arrested while bankers continue to destroy the American economy, you must stop the assault on our 1st Amendment rights. Your silence sends a message that police brutality is acceptable.”

Then you hear it devolve into “Banks got bailed out. We got sold out.” and then very quickly the crowd started drowning out the OWS protesters with “Obama, Obama, Obama!”

All in all it was a horrible mic check because of the way it just broke down into chaos and it was also kind of sad.  A few people cry out against the injustices that are happening and the crowd covers them up with cries of the President’s name.   He was cheered on as if it was some sitcom television show with a beloved main character.

Regardless of what side of the political spectrum you fall on. This guy is the leader of our country and he hasn’t made a single statement about the fact that protesters are being beaten, sprayed and jailed for doing nothing more than a peaceful protest/assembly.  His silence is deafening.  And while this mic check does nothing and the president isn’t the one we have to go to if we want to make a change, it’s just a sign of the times and just how frustrated people are.  I suppose this does nothing but… at least it was aired live and unedited on the TV.

Obama: A former civil rights attorney, a community organizer in Chicago that fought for tenants rights and that taught constitutional law. What happened to him?

Money.  Money happened to him.

Today, he is nothing more than a brand of a puppet sold to the people through advertising, like the Nike shoe, the McDonald’s lunch, or the Goodyear tire set.  Obama is a master politician. He handled this perfectly.  Nothing phases him and he stays cool no matter what.  His republican opponents are really fucking unskilled. He’s going to act like he’s on the side of the protesters, and don’t let him fool you. He’s on Wall Street’s side. Obama has been quietly collecting massive campaign contributions from the financial sector.  This brand of corruption and cronyism is the epitome of what OWS opposes. Of course I’m appalled by some of the militant police action, but remember, this is not the principle issue in the movement. Getting corporate money out of our government is the principle issue. 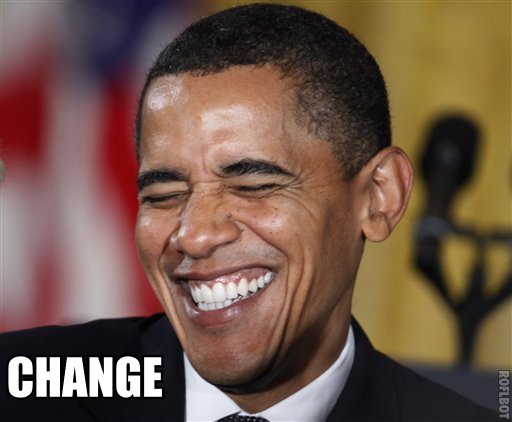 In this day and age most people are working from home and struggling to find the balance between stagnation and moving to stay fit. This program was developed … END_OF_DOCUMENT_TOKEN_TO_BE_REPLACED

This is for anybody who wants to get strong and have fun with a gymnastics-inspired routine. It is highly bodyweight-exercise oriented (no external weights) and … END_OF_DOCUMENT_TOKEN_TO_BE_REPLACED

For anyone who wants better shoulder health, shoulder flexibility, a looser upper back and improved posture, this program takes all the guess work out of it to … END_OF_DOCUMENT_TOKEN_TO_BE_REPLACED

This training routine is focused largely on increasing strength and muscle mass (aka muscular hypertrophy). If I had to sum up the routine in one fell swoop I … END_OF_DOCUMENT_TOKEN_TO_BE_REPLACED

Looking for a simple and straightforward bodyweight-oriented strength training routine that doesn't take too much time? You're not the only one! A survey I … END_OF_DOCUMENT_TOKEN_TO_BE_REPLACED

I don't know about you but nothing gets me fired up more than working on my abs. It's a unique muscle group that is utilized in every exercise and making it … END_OF_DOCUMENT_TOKEN_TO_BE_REPLACED

For those who have poor flexibility, tight hamstrings and want a simple program that will help them to get looser in a gentle, non-painful manner. In this … END_OF_DOCUMENT_TOKEN_TO_BE_REPLACED

I've created this hip flexibility program for those that would like to improve their flexibility in an efficient manner, with a follow along video that only … END_OF_DOCUMENT_TOKEN_TO_BE_REPLACED