The world is a global village.  Think of the lawyer Andrew Speaker in 2007 who lived in Atlanta, GA.  He was diagnosed with multiple drug resistant tuberculosis (MDR-TB) and despite doctors advising him not to travel, he traveled to Europe to get married , had a honeymoon, flew to Canada and then came back to the US.  During this time he infected several airline passengers and was quarantined by the CDC when he got back home.  Again, the world is a global village.

Respiratory infections (pneumonia, influenza, etc) are most rampant because the respiratory tract is the single largest and most common portal of entry.  Think about it: People talk, you sneeze, it’s very easy for any airborne particles to get in from the mouth.  Here in California we have to worry about Valley Fever that comes from a fungus that is endemic to the San Joaquin Valley.  Similarly, if you go jogging in Arizona in the middle of summer (not that anyone would do that) you will inhale a bunch of this coccidioidomycosis fungi, just like in the San Joaquin Valley.

Infectious diseases are the leading cause of death around the world.  By the 1990’s we had assumed that microbial diseases were wiped out.  We could look at MDR-TB (multiple drug resistant tuberculosis) which is a huge problem.  One third of the worlds population has tuberculosis and it’s particularly prominent in children.  One in 10 tuberculosis cases are resistant to antibiotics (MDR-TB).  In some states (such as CT, NJ), they have to utilize DOT (directly observed therapy) and that’s because of poor patient compliance where a lot of individuals with tuberculosis will not take the antibiotics for the prescribed period of time.

We don’t see much malaria on this side of the world.  Measles are fairly localized as well.  Syphilis is spread by direct sexual contact.  There’s also congenital syphilis (mother to child).  Note that tetanus has an annual infection rate of about 500k and the mortality rate is about 214k.  That’s a mortality rate of over 40%, very severe relative to the other diseases.  The only thing that comes even close is tuberculosis with a 25% mortality rate.

By the way, the very high HIV infection rate in Africa (10-50% depending on the country) is the reason why Africans are locked in poverty.  Also, frankly speaking, most of the world doesn’t give a damn about the so-called “dark continent.” 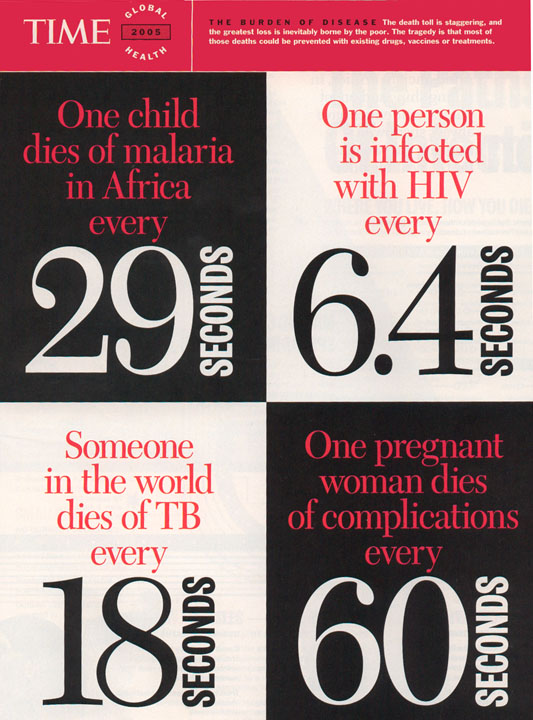 What are emerging infectious diseases?

1. International travel trade and commerce (the world is a global village).

3. Adaptive and changes that target microorganisms.

6. Medical “malpractice” (the questionable and rampant use of antibiotics).

7. Poverty and desperate and unequal distribution of wealth and resource.

8. Spread of the human population in the previously virginal (uninhabited) areas.

9. Animal husbandry (the use of antibiotics in cattle, poultry, etc).

Do you have questions in regards to your training, diet or habits in general? I bet you do because I get messages every single day from people looking for … END_OF_DOCUMENT_TOKEN_TO_BE_REPLACED

Looking for a simple and straightforward bodyweight-oriented strength training routine that doesn't take too much time? You're not the only one! A survey I … END_OF_DOCUMENT_TOKEN_TO_BE_REPLACED

In this day and age most people are working from home and struggling to find the balance between stagnation and moving to stay fit. This program was developed … END_OF_DOCUMENT_TOKEN_TO_BE_REPLACED

I have three premium flexibility programs that I offer and many of you have been clamoring for a bundle-package, so here it is! You could now buy the … END_OF_DOCUMENT_TOKEN_TO_BE_REPLACED

For anyone who wants better shoulder health, shoulder flexibility, a looser upper back and improved posture, this program takes all the guess work out of it to … END_OF_DOCUMENT_TOKEN_TO_BE_REPLACED

I don't know about you but nothing gets me fired up more than working on my abs. It's a unique muscle group that is utilized in every exercise and making it … END_OF_DOCUMENT_TOKEN_TO_BE_REPLACED

I've created this hip flexibility program for those that would like to improve their flexibility in an efficient manner, with a follow along video that only … END_OF_DOCUMENT_TOKEN_TO_BE_REPLACED

For those who have poor flexibility, tight hamstrings and want a simple program that will help them to get looser in a gentle, non-painful manner. In this … END_OF_DOCUMENT_TOKEN_TO_BE_REPLACED