Since it is the new year and the traditional food-laden holidays have peaked and everyone is trying to lose some weight, this is a good topic to write about. So… let’s answer the title first. Is weight loss as simple as being in a caloric deficit? Yes. The short answer is yes. If you eat less calories than your body burns, you will lose weight, but I want to go beyond those simplicities.

Many people will successfully maintain a caloric deficit for 5 days straight and then they freak out cause they go over on the 6th day. It’s more important that you’re in a caloric deficit for the week or month on average, rather than fretting about it on a day to day basis. There will always be some days when you’re going to be in a surplus even when you’re trying your best, but if you are in a deficit most of the time, you’re making progress.

Now, let’s get to what I really want to talk about: This infographic that’s been going around the Internet town: 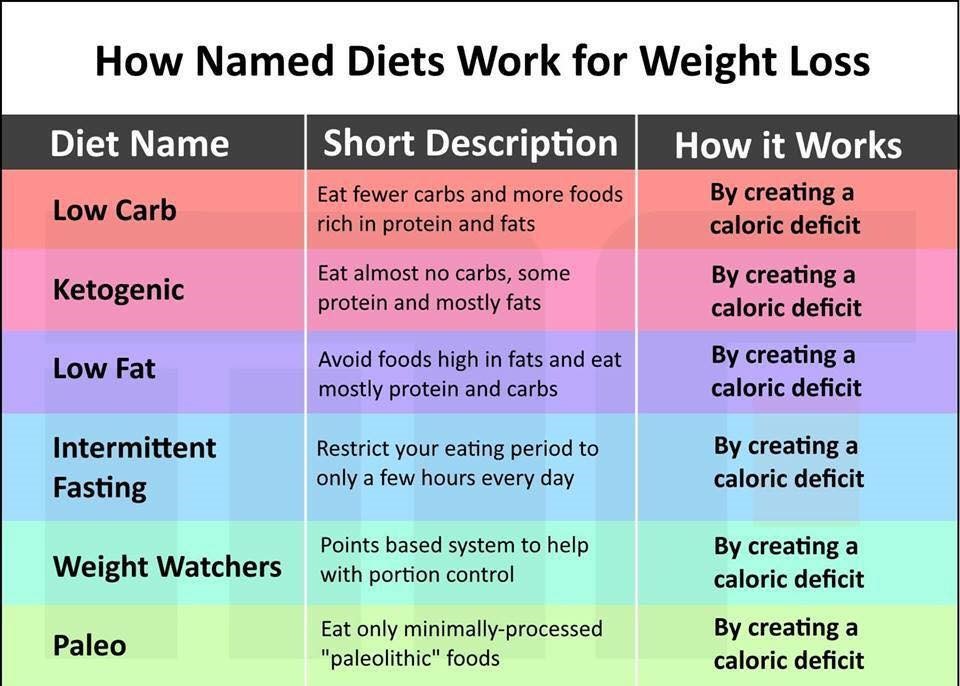 It basically lumps all the diets into one category: That they help you lose weight by creating a caloric deficit. While this is true, there’s A LOT more to these diets than meets the eye and I’d like to talk about some of them beyond just their use as weight loss.

Now review the pyramid below from an older blog post about when a calorie is not a calorie… By looking at this, you’d think that “meal timing/frequency” is very unimportant compared to calories, macros and micros… so let’s explore this concept. 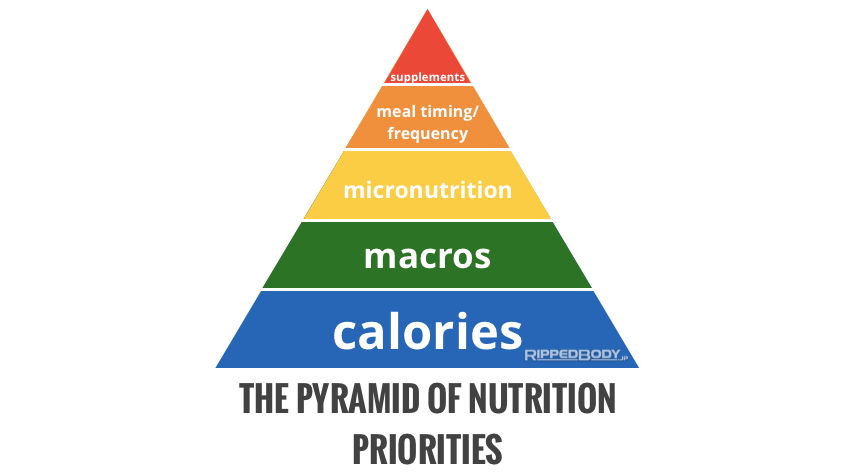 Does Intermittent Fasting (IF) work only due to the caloric deficit the time restriction creates?

I’ve written about intermittent fasting in length so I’d like to tackle this concept first. Let’s suppose you do “16/8 IF” where you basically restrict your eating to an 8-hour window and you don’t eat for 16 hours (including sleep) out of the 24 hours in a day. (Most common is to skip breakfast, have a light lunch, satisfying dinner and don’t eat anything after).

Will you lose weight by implementing this? You probably will because you’re restricting the time you allow yourself to eat. But is it guaranteed? No, not at all. It’s still quite easy to over-eat within those 8 hours.

The more interesting quality this restriction provides is something Dr. Rhonda Patrick said on the Joe Rogan show: Researchers did an experiment with mice that were fed the SAME number of calories and did the same amount of exercise. The only difference between the groups was that one got all their nutrition throughout the day, while other group got the same number of calories in a single meal.  Researchers found that the mice that were restricted to eating in one meal had much better body composition in terms of greater muscle mass and less fat AND they lived longer with less metabolic disorders. This is quite astonishing because it simply shows that tiny tweak of time restricted eating (not necessarily calorie restriction) is a powerful change for the better in and of itself without any change in calories.

Now… Are we mice? No. We aren’t. But we aren’t entirely different either and we can glean some insights into this. The fact is that we know when you restrict the amount of eating time, less resources are spent digesting food and more on performing autophagy (cleaning up dead cells, repair and recovery). So is it any wonder that one may be in better shape overall from practicing some form of time-restricted dieting? (The other excellent benefit that often goes unmentioned is that you have A LOT more free time when you have one less meal to eat per day and don’t fritter over snacks.)

Moving on… How does a Low Carb Diet (or the very low carb Ketogenic Diet) help with weight loss beyond just calories?

I’ve also written in depth about the keto diet and what I actually eat on that diet but here’s the gist of it: The ketogenic diet is a very-low-carb diet where the carbs are to be replaced with fat and protein. After a few days of carb-cessation, your body will have depleted the glycogen (carbs) stored in your muscles and liver and will break down fat for energy by creating ketones. Ketones are molecules your body creates from fat for energy when there isn’t any glycogen. Keto- refers to ketone and -genic refers to genesis (the creation of… ketones), hence the name ketogenic diet.

Now, does that mean that you’re guaranteed to lose fat on the keto diet because the body is now breaking down fat for energy? No. Not at all. Your body can use fat for fuel and you can still very easily overeat because foods high in fats are more than double the caloric density relative to carbs or protein. (That’s why a tablespoon of olive oil is a whopping 120 calories.)

Is it more likely you’re losing weight because your food selection is so far limited and you’re eating more meat and veggies (which are quite filling) and avoiding sugar/grains/pasta/bread and so forth? Yes, that’s very likely.

But what if the extreme reduction in carbs helps also because carbs make you crave more carbs and eliminating them normalizes appetite… or is there more to this story?

When you eliminate carbs… and then go back to them, you will notice something many people have noted: that carbs make you crave more carbs. 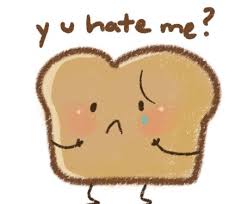 But then how is it that countries like France, who are very proud of their croissants and crepes have very low obesity rates? 🤔

To finally answer this, I will summarize this massive and fascinating write up by Richard Nikoley that elucidated me on the mysterious matter. Grains are well known to be quite low in their nutritional density (relative to vegetables and meats) and many texts from the 19th century (before our breads and pasta were “enriched” with vitamins), noted that humans and animals become less hungry when fed deficient and nutrionless food as a protective mechanism to prevent cravings of those foods. In other words, unadulterated carbs are NOT supposed to stimulate the appetite at all but in fact… reduce it!

So then why is it that carbs make us crave more carbs? Well because in the US, Canada and the UK, the flour and grains are mandatorily fortified with vitamins which are typically responsible for increasing appetite and promoting weight gain! Turns out that the mandatory fortification/enrichment of refined grains with B vitamins & niacin is a causal reason for the carbs to be stimulating our appetites beyond the norm and thus, contributing to obesity!

The interesting thing is this was ignored by researchers thinking it’s a correlation rather than causation because they too have an inherent bias and urge to want to blame the carbs themselves and not simply the enrichment of them!

I also created a 5min video on this topic while I was still invigorated and passionate about this story if you would like to learn more:

So for those of us who removed these processed carbs from our diet and we felt better and lost weight and controlled our appetite better, we blamed and demonized the carbs, but really, the problem seems to be far more complex than that. What politicians thought was an honorable addition (“enriching” breads and pasta and cereals with vitamins!) to our food actually shot ourselves in the foot!

And why did this mandatory fortification happen? Because the American Bakers Association (ABA) noticed their business sales would do better, customers would come back more often when their baked goods had these vitamins that opened up their appetite and so they lobbied for the FDA to increase their guidelines under the guise of enrichment. Shady stuff. This goes to show how complex some things really are. (I’d also like to point out that the French have gone the other way and prohibited enrichment while it is mandatory for us. That’s right, you can’t buy un-enriched processed carbs in the US, Canada and UK even if you wanted to.)

Now, if you’re struggling to lose weight or make changes, just remember that the simplest changes might make the biggest difference.

Here are some examples:

We generally have easy access to unlimited types of foods and it is up to us to practice self awareness before you put stuff in your mouth. I personally enjoy using MyFitnessPal to log the foods I’m eating to get a handle on how much food I’m actually eating. Going months without counting my calories skews my perception of how little food I actually need and using MyFitnessPal allows me to drift back to the mean!

So, there’s so many different ways to go about keeping your weight in check. Something that helps me tremendously is to remember that people who are generally lean year-round, every year, are never on a special “diet.” Instead, they are making conscientious choices each time because eating-healthy isn’t just a fad to them, it’s a lifestyle. Taking the long-view is always better than the short-lived one.

So… In conclusion, caloric deficits are definitely the reason why most people will lose weight on any diet. (“Calories in versus Calories out” is KING). But there are subtle nuances to each and every diet and there are no bounds to the complexity of it all… what matters is that you choose something sustainable that works for you in the long run!

I hope you enjoyed this piece. Let me know if this was helpful to you!

I have three premium flexibility programs that I offer and many of you have been clamoring for a bundle-package, so here it is! You could now buy the … END_OF_DOCUMENT_TOKEN_TO_BE_REPLACED

This is for anybody who wants to get strong and have fun with a gymnastics-inspired routine. It is highly bodyweight-exercise oriented (no external weights) and … END_OF_DOCUMENT_TOKEN_TO_BE_REPLACED

For those who have poor flexibility, tight hamstrings and want a simple program that will help them to get looser in a gentle, non-painful manner. In this … END_OF_DOCUMENT_TOKEN_TO_BE_REPLACED

In this day and age most people are working from home and struggling to find the balance between stagnation and moving to stay fit. This program was developed … END_OF_DOCUMENT_TOKEN_TO_BE_REPLACED

I've created this hip flexibility program for those that would like to improve their flexibility in an efficient manner, with a follow along video that only … END_OF_DOCUMENT_TOKEN_TO_BE_REPLACED

I don't know about you but nothing gets me fired up more than working on my abs. It's a unique muscle group that is utilized in every exercise and making it … END_OF_DOCUMENT_TOKEN_TO_BE_REPLACED

Looking for a simple and straightforward bodyweight-oriented strength training routine that doesn't take too much time? You're not the only one! A survey I … END_OF_DOCUMENT_TOKEN_TO_BE_REPLACED

This training routine is focused largely on increasing strength and muscle mass (aka muscular hypertrophy). If I had to sum up the routine in one fell swoop I … END_OF_DOCUMENT_TOKEN_TO_BE_REPLACED