Evolution is the theme that unifies all of Biology.  Let’s start with something simple:  Each species is a terminal branch of the tree of life extending back in time through ancestral species. Species that have many features in common represent a recent branching point in the tree of life. 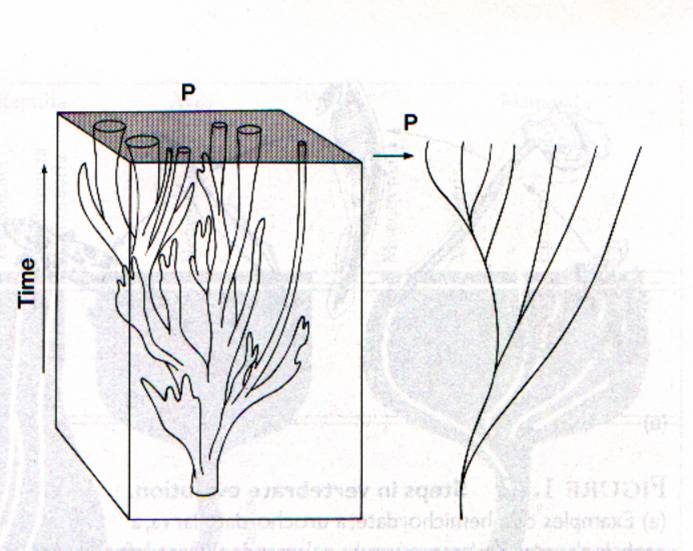 What did people think before evolution?

Up until 19th century Europe, species were thought to be immutable, meaning species were fixed and unchanging and do not evolve. Judeo-Christian culture fortified this idea with a literal interpretation of the biblical book of Genesis.  The idea that living species do not change, and that the Earth is relatively young, about 6,000 years old, dominated Western culture for centuries.

In 1650, Archbishop James Ussher of Armagh (presently North Ireland) presented a treatise explaining that he had nailed down the date of Earths creation down to October 23, 4,004 B.C.  He published a 2,000 page paper explaining how he calculated the average age of each biblical personality and went backwards until the first page of Genesis to figure it out.

In 1766, Georges Buffon suggested that Earth might be much older than 6,000 years. He proposed the possibility that a species represented by a fossil form could be an ancient version of a group of living species.  Wow!  What an amazing concept!  This was never heard of before this man!  This was completely against the overall fixed-species concept.

In the early 1800’s, Jean-Baptiste Lamarck, a student of Buffon, proposed that life evolves.  He helped set the stage for Darwin to understand that adaptations evolve as a result of interactions between organisms and their environments.

Why did Charles Darwin figure it out?

Darwin was 22 when he set out for a voyage around the world on the Beagle, a survey ship whose main mission was to chart the poorly known South American coastlines.

Between ports Darwin read the book, Principles of Geology, by Scottish geologist Charles Lyell.  The book presented the case for an ancient Earth sculpted by gradual geological process that continue today.  That info plus Georges Buffon’s fossil revelation and Lamarck’s theory of adaptions helped set his mind up properly.

When the Beagle arrived to a port in Concepción, Chile, an earthquake had almost destroyed the city.  He reasoned that perhaps violent and repeated earthquakes could gradually have lifted the fossil-bearing rocks of the sea floor up into the Andes mountains of Chile.

A drawing of Conception, Chile in 1835 by Darwin. Note the cathedral is destroyed by an earthquake.

After returning to Great Britain in 1836, Darwin started reassessing what he had learned on his voyage.  He wondered if some geographical barrier isolated two populations of a species, if each one would adapt to the local environment, eventually forming a separate species. 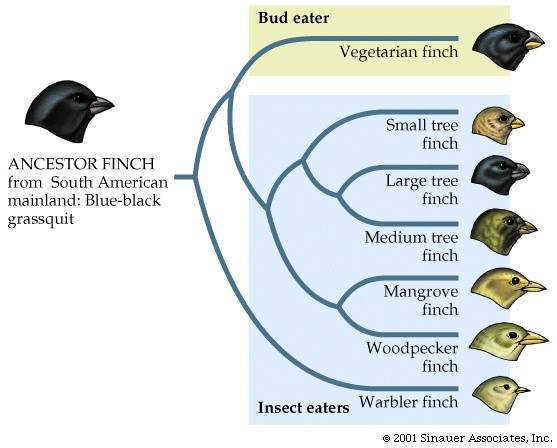 As populations diverged more in appearance and adapted their beaks for their local environment, these finches eventually formed their own separate species.

By 1840, Darwin had composed a long essay describing the main features of natural selection.  He realized that his ideas and evidence would cause a social furor and he delayed publication of his essay.
Coincidentally in the mid 1850’s, Alfred Wallace, a British naturalist doing fieldwork in Indonesia, developed a concept of natural selection identical to Darwin’s.
Two of Darwin’s colleagues presented Wallace’s 1858 paper and excerpts of Darwins 1844 essays at a meeting of the Linnaean Society of London, claiming that both had independently proposed the same mechanism of natural selection.

Darwin published The Origin of Species in 1859.

First, Darwin collected the available evidence in support of the view that modern species descended from ancestral species. (WOW, SO REVOLUTIONARY!) Second, Darwin proposed a mechanism for descent with modification which he called natural selection.

Before the Industrial Revolution, dark moths were rare.  Soot produced by pollution darkened the landscape in the late 1800’s.  The number of dark moths compared to light moths began to increase.
The same evolutionary phenomenon occurred in hundreds of other species of moths in polluted regions of Europe and North America.
Pollution controls have enabled the countryside to return to natural hues. As a result, light moths made a strong comeback. 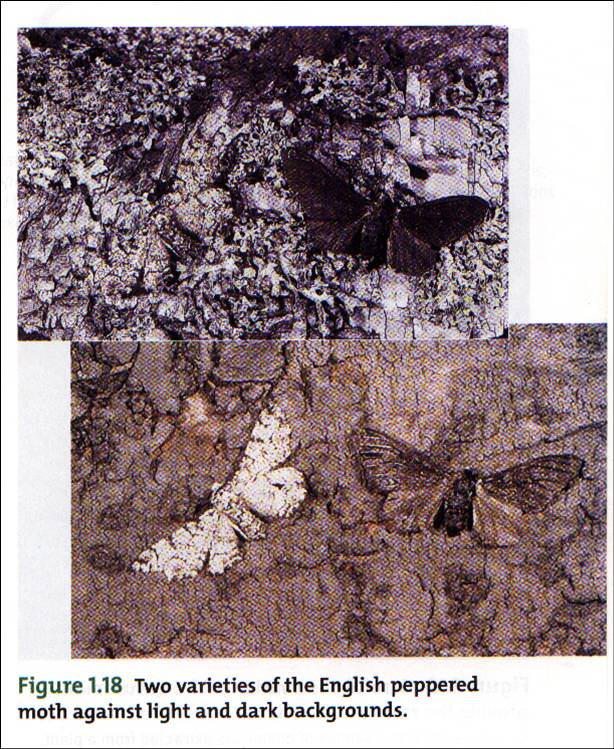 Comparative anatomy confirms that evolution is a remodeling process.
Exaptations are ancestral structures that originally functioned in one capacity become modified as they take on new functions. 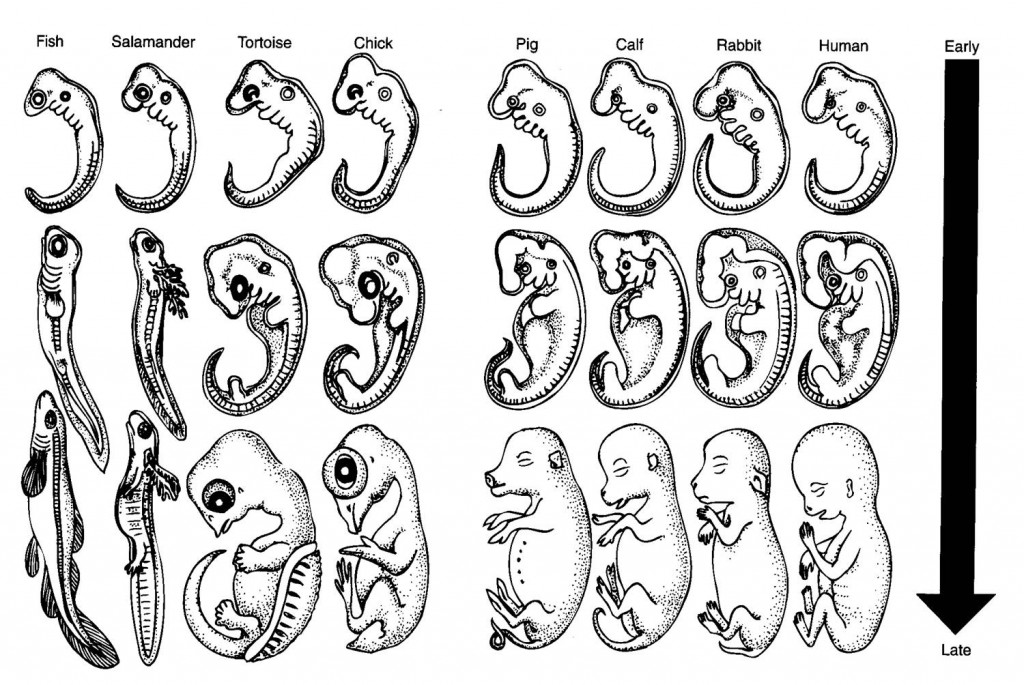 Molecular Biology
–Darwin’s boldest hypothesis was that all forms of life are related to some extent through branching evolution of the earliest organisms.
–A century after Darwin’s death, molecular biology began confirming the fossil record and other evidence supporting the Darwinian view of kinship among all life.
–The common signs include a common genetic code shared by all species.

In this day and age most people are working from home and struggling to find the balance between stagnation and moving to stay fit. This program was developed … END_OF_DOCUMENT_TOKEN_TO_BE_REPLACED

I don't know about you but nothing gets me fired up more than working on my abs. It's a unique muscle group that is utilized in every exercise and making it … END_OF_DOCUMENT_TOKEN_TO_BE_REPLACED

I have three premium flexibility programs that I offer and many of you have been clamoring for a bundle-package, so here it is! You could now buy the … END_OF_DOCUMENT_TOKEN_TO_BE_REPLACED

This training routine is focused largely on increasing strength and muscle mass (aka muscular hypertrophy). If I had to sum up the routine in one fell swoop I … END_OF_DOCUMENT_TOKEN_TO_BE_REPLACED

I've created this hip flexibility program for those that would like to improve their flexibility in an efficient manner, with a follow along video that only … END_OF_DOCUMENT_TOKEN_TO_BE_REPLACED

Looking for a simple and straightforward bodyweight-oriented strength training routine that doesn't take too much time? You're not the only one! A survey I … END_OF_DOCUMENT_TOKEN_TO_BE_REPLACED

For anyone who wants better shoulder health, shoulder flexibility, a looser upper back and improved posture, this program takes all the guess work out of it to … END_OF_DOCUMENT_TOKEN_TO_BE_REPLACED

For those who have poor flexibility, tight hamstrings and want a simple program that will help them to get looser in a gentle, non-painful manner. In this … END_OF_DOCUMENT_TOKEN_TO_BE_REPLACED