I took a human anatomy class a long time ago and it turned out to be one of the coolest classes ever!   I started thinking differently about my body in so many ways, partly because of the content but mostly because my professor was one of the most knowledgeable and down to earth human beings ever.  I picked up on a few really interesting things that I thought would be cool to share with all of you.  Hope you find them as fascinating as I did!

1. Your hair isn’t a muscle, yet it could stand sometimes, how is that possible?

Every single hair strand has a muscle attached to it at an angle known as the arrector pili muscle.   Look at the picture to your right to help give you an idea.  When this muscle contracts (shortens), the muscle effectively makes your hair stand up, which happen when we get goose bumps.

Notice how goose bumps happen automatically and you can’t voluntarily make them happen?  That’s because this arrector pili muscle is smooth muscle and it’s activated by a nerve that comes from the sympathetic branch of the autonomic nervous system.

The sympathetic branch is commonly referred to as the “Fight or Flight” response system, so your hairs stand up when it gets cold or you are full of fear and so forth.

2. Understand how the “Fight or Flight” system affects cops.

Let’s suppose there’s a large protest occurring in the city and the  chief of police orders hundreds of officers to wear their riot gear and spectate the protesters to make sure everything stays in control.

Imagine the cops arrive, amped up by their riot gear, as if they are going to war, and the demonstrators are heckling them.  The cops have to hold their composure and remain calm even though their adrenaline may be surging.  Adrenaline is what prepares you physically and psychologically for a “fight” or “flight.”  This state of mind causes one to perceive almost everything in our world as a possible threat to our survival and as an enemy.

Cops cannot run away (flight), so they only have the option to fight.  The moment somebody gives the slightest reason for an officer to get physically violent, they will do so readily, especially when their partners are near.  That’s why it’s so common to see police brutality and officers going a bit haywire in a seemingly blind rage.  The rational mind is very much disengaged when the adrenaline is surging like mad.

Is it any wonder now that when police are ordered to dress in their riot gear and placed in a tense situation, that violence will erupt?  It’s almost like a self-fulfilling prophecy that keep police chiefs and mayors thinking they did the right thing. 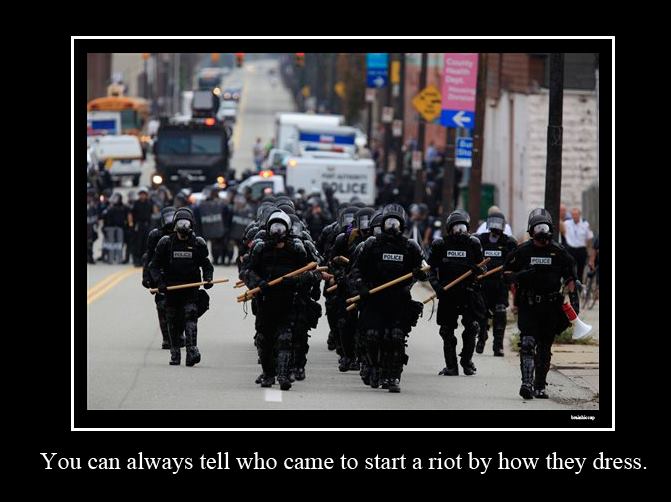 3. What’s so interesting about where your collar bone and breast bone meet? 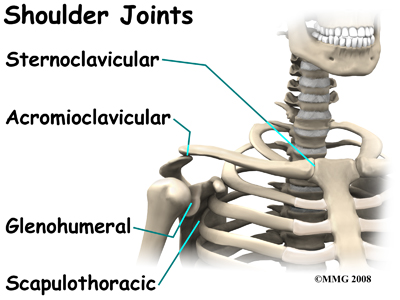 The sternum is your breast bone. Attached to the sternum is your clavicle, aka your collar bone. There is a joint between the two called the sternoclavicular joint. You could feel these parts very easily, so go ahead and feel what I’m talking about!

The axial skeleton, that is to say, the skeleton along your axis, consists of your skull, spine and ribs.

The sternoclaviclar joint is the only joint that attaches your shoulders (and therefore arms) to the axial skeleton. No anatomical joint exists between the shoulder blades and the rib cage. In other words, the sternoclavicular joint is literally the only bony joint that is linking the bones of the arm and shoulders up. Isn’t that amazing? Well, it is to me!

4. The word ‘hypochondriac’ originally used to mean general abdominal pain.  But now it is referred to someone who always worries about being ill.  Learn how the meaning transformed over the centuries!

Originally, ‘hypochondria’ referred to the general abdominal area, and is still used that way in clinical conditions. That’s because ‘hypo’ means under and ‘chondria’ means cartilage, and it refers to the space beneath the chest. So what does this have to do with the modern use of the word hypochondriac, in which one creates ailments out of thin air?

Hundreds of years ago, hypochondria was a blanket term doctors would give to any ailment relating to the abdominal area. The doctor would prescribe a treatment for the hypochondria but the treatment wouldn’t always work. When the patient would return over and over with the same ailment, the doctor’s egos were so big that they assumed that the patient must be making the ailment up.

Well I hope that was as interesting to you as it was to me the first time I heard about it!  If you would like to read more detail on any of these topics, you could try exploring the human anatomy series of posts I had created.   If you have any questions, especially if something isn’t clear, please let me know so I could help clarify the article.  🙂

This is for anybody who wants to get strong and have fun with a gymnastics-inspired routine. It is highly bodyweight-exercise oriented (no external weights) and … END_OF_DOCUMENT_TOKEN_TO_BE_REPLACED

This training routine is focused largely on increasing strength and muscle mass (aka muscular hypertrophy). If I had to sum up the routine in one fell swoop I … END_OF_DOCUMENT_TOKEN_TO_BE_REPLACED

For anyone who wants better shoulder health, shoulder flexibility, a looser upper back and improved posture, this program takes all the guess work out of it to … END_OF_DOCUMENT_TOKEN_TO_BE_REPLACED

Looking for a simple and straightforward bodyweight-oriented strength training routine that doesn't take too much time? You're not the only one! A survey I … END_OF_DOCUMENT_TOKEN_TO_BE_REPLACED

I don't know about you but nothing gets me fired up more than working on my abs. It's a unique muscle group that is utilized in every exercise and making it … END_OF_DOCUMENT_TOKEN_TO_BE_REPLACED

For those who have poor flexibility, tight hamstrings and want a simple program that will help them to get looser in a gentle, non-painful manner. In this … END_OF_DOCUMENT_TOKEN_TO_BE_REPLACED

I have three premium flexibility programs that I offer and many of you have been clamoring for a bundle-package, so here it is! You could now buy the … END_OF_DOCUMENT_TOKEN_TO_BE_REPLACED

In this day and age most people are working from home and struggling to find the balance between stagnation and moving to stay fit. This program was developed … END_OF_DOCUMENT_TOKEN_TO_BE_REPLACED