So it’s been about 2 months and I’ve lost a little more than 10 pounds.  (If you want to read how I’ve been doing that, read “Anto’s Counting Calories.”  This post is an update from that.) 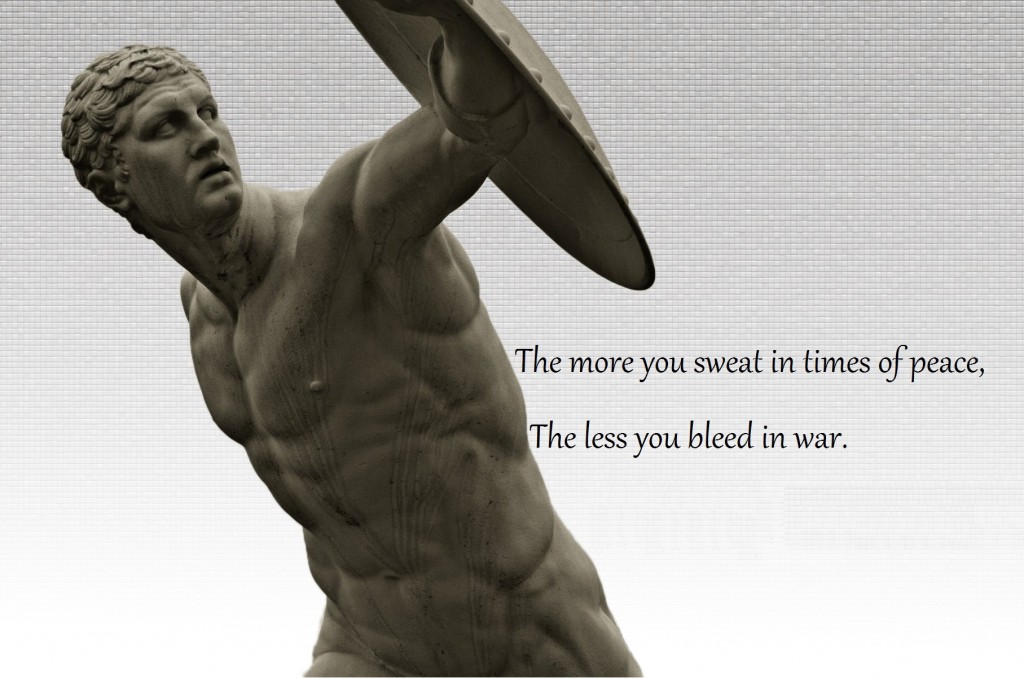 I didn’t think losing 10 pounds would be a dramatic difference.  Going from 180lbs to 170lbs is just a 5% difference.  Yet people who don’t see me regularly keep telling me I am looking “smaller” and “stronger” like as if I’ve lost a lot of weight.  But then I tell them, “It’s just ten pounds!”

Then another friend of mine mentioned I was looking slimmer and I again said, “Well thanks but it’s just ten pounds.”  And she was like, “Ten pounds is a lot!  That’s a sack of potatoes!”  And the words “sack of potatoes” got stuck in my head cause a sack of potatoes are pretty god damned heavy when you’re holding on to them.

And the benefits are pretty nuts.  I could hold crane pose indefinitely now.  I could stand up from the floor without using my hands much more easily.  When I dive off the board, my hurdle is massive.  No wonder I finally surpassed 20mph average speed on a solo bike ride the other day. No wonder I’m flying higher than ever before on the traveling rings and my joints feel amazing!

So yeah, wow!  Ten pounds didn’t seem like much.  That mere 5% was a big deal.  Who would’ve thought!

In this day and age most people are working from home and struggling to find the balance between stagnation and moving to stay fit. This program was developed … END_OF_DOCUMENT_TOKEN_TO_BE_REPLACED

I have three premium flexibility programs that I offer and many of you have been clamoring for a bundle-package, so here it is! You could now buy the … END_OF_DOCUMENT_TOKEN_TO_BE_REPLACED

For anyone who wants better shoulder health, shoulder flexibility, a looser upper back and improved posture, this program takes all the guess work out of it to … END_OF_DOCUMENT_TOKEN_TO_BE_REPLACED

I don't know about you but nothing gets me fired up more than working on my abs. It's a unique muscle group that is utilized in every exercise and making it … END_OF_DOCUMENT_TOKEN_TO_BE_REPLACED

I've created this hip flexibility program for those that would like to improve their flexibility in an efficient manner, with a follow along video that only … END_OF_DOCUMENT_TOKEN_TO_BE_REPLACED

For those who have poor flexibility, tight hamstrings and want a simple program that will help them to get looser in a gentle, non-painful manner. In this … END_OF_DOCUMENT_TOKEN_TO_BE_REPLACED