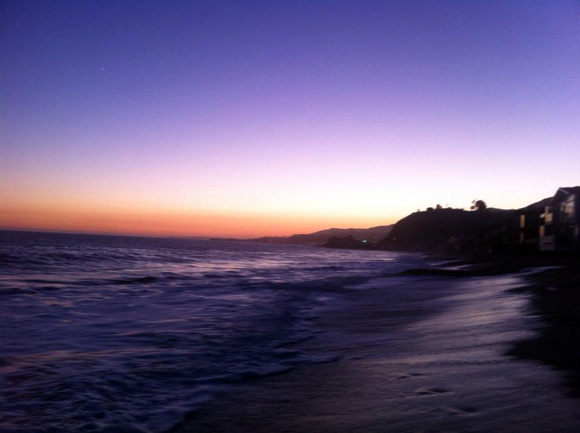 By the red glow in the sky I knew the sun had set. It was time to clear my mind and undo the stagnant build up of energy contained in a computer chair all day.

I wore my shorts, jumped in the car and went down to the beach.

As I approached the water, the landscape was intimidating. The beach was littered continuously with pebbles that weren’t there yesterday. The swell was massive, and would break in one thunderous unforgiving rip.

When the water would rush up the shore, it did it with great speed through my ankles, making me question whether this was a good idea.

Looking behind me, the tide was getting higher, indicated by the water wetting shoreline that was dry minutes ago.

A group of pelicans came swooping in and diving in front of my line of sight.

It was already getting dark. I went swimming in the dark last night and it didn’t bother me.

But this roaring ocean was breaking me down with each crash, testing me.

I started to walk away. I decided knee high was the most wet I’d get today.

I went back to my car keys and towel, wishing I had loosened up my upper body with a swim.

And just as I grabbed my stuff to leave, I put them back down and started walking back toward the ocean, almost like on auto pilot.

No thinking. I just went straight in. And dove under the big curling swell. Ah, much better. I was in the ocean. And safe.

I decided to swim deeper to get near those group of pelicans still diving for fish. I became a part of their group, wondering what they thought of me as I observed the living dinosaurs and hoping none of them would dive for my head.

Then… I heard a splash in front of me, and the water swirled in a strange pattern, almost as if two waves had collided into each other. I thought that was very peculiar. I gave it 3 more seconds of thought and decided, this has to be a shark and I need to GTFO. As my fears came up, a massive dolphin rushed out of the water right in front of me, and it was traveling at such a speed it was apparently chasing fish around me, just like the pelicans. I started diving underwater, just to listen to the sounds of echolocation as if I could understand dolphin.

And the dolphin came up again for air, this time exposing much more than just its fin. The size of the whale bewildered me. It looked like it had to be at least 12 feet long. And that scared me, again.

What a roller coaster of emotions this ocean provides. Forcing stillness within me amidst forces I have no control over.

I ended up vigorously swimming back to shore and making a smooth exit without tripping over the pebble-laden shore. 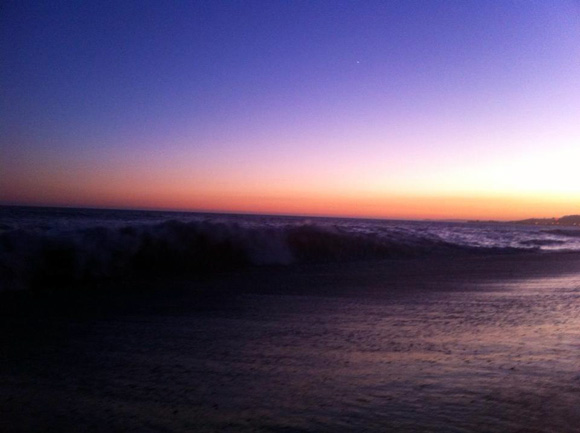 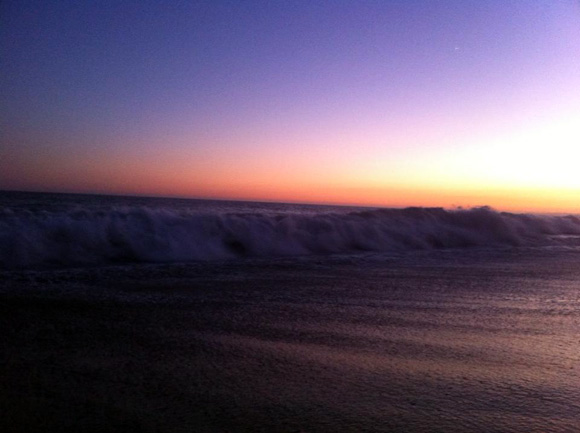 For anyone who wants better shoulder health, shoulder flexibility, a looser upper back and improved posture, this program takes all the guess work out of it to … END_OF_DOCUMENT_TOKEN_TO_BE_REPLACED

I don't know about you but nothing gets me fired up more than working on my abs. It's a unique muscle group that is utilized in every exercise and making it … END_OF_DOCUMENT_TOKEN_TO_BE_REPLACED

I have three premium flexibility programs that I offer and many of you have been clamoring for a bundle-package, so here it is! You could now buy the … END_OF_DOCUMENT_TOKEN_TO_BE_REPLACED

In this day and age most people are working from home and struggling to find the balance between stagnation and moving to stay fit. This program was developed … END_OF_DOCUMENT_TOKEN_TO_BE_REPLACED

This training routine is focused largely on increasing strength and muscle mass (aka muscular hypertrophy). If I had to sum up the routine in one fell swoop I … END_OF_DOCUMENT_TOKEN_TO_BE_REPLACED

This is for anybody who wants to get strong and have fun with a gymnastics-inspired routine. It is highly bodyweight-exercise oriented (no external weights) and … END_OF_DOCUMENT_TOKEN_TO_BE_REPLACED

For those who have poor flexibility, tight hamstrings and want a simple program that will help them to get looser in a gentle, non-painful manner. In this … END_OF_DOCUMENT_TOKEN_TO_BE_REPLACED

Looking for a simple and straightforward bodyweight-oriented strength training routine that doesn't take too much time? You're not the only one! A survey I … END_OF_DOCUMENT_TOKEN_TO_BE_REPLACED